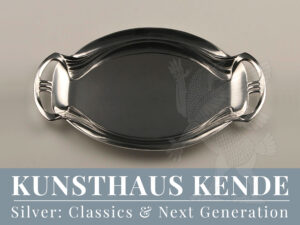 A sterling silver tray #43
Cologne circa 1904 by Orivit

The abstract, floral handles are subdivided by a triple bar, the flag is decorated with ornamental folding on the long side. Excellent, undamaged condition without monogram or other engravings.
Elegant work of Art Nouveau in sterling silver, showing a clear proximity to the formal language of Henry van de Velde. Very good, undamaged condition.

A tray of comparable pattern # 55 shown in Krekel-Aalberse 2001, Silber 1880 – 1940, page 85 ill. 51.
Some other comparable works made in pewter, silver plate and solid silver by Orivit can be found in the possession of the Bröhan Museum, Berlin. See: Dedo von Kerssenbrock-Krosigk (ed.): Metallkunst der Moderne (Bestandskataloge des Bröhan-Museums VI) [Metal art of the modern age (stock catalogues of the Bröhan Museum VI)], Berlin 2001, p. 234-255.
A coffee and tea service on tray made by Orivit is also in the possession of the Rijksmuseum, Amsterdam (see here).

Click here to see our other current offers of salvers and trays.
An overview of our Art Nouveau silver items can be found here. 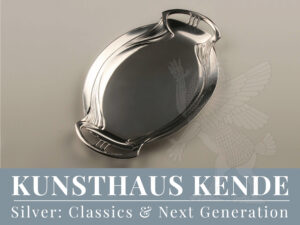 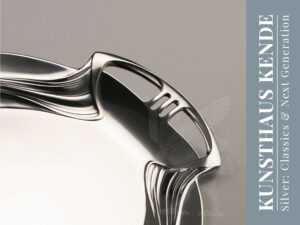 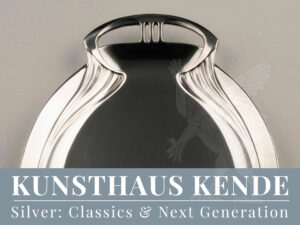 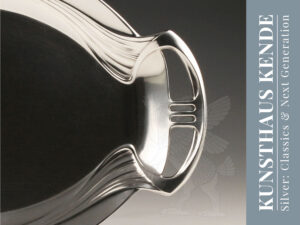 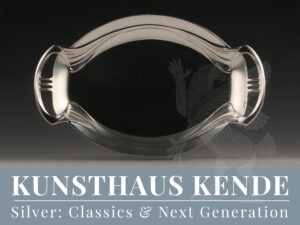 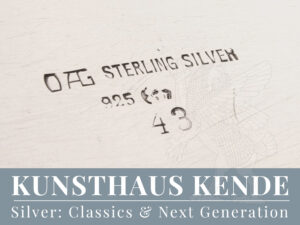