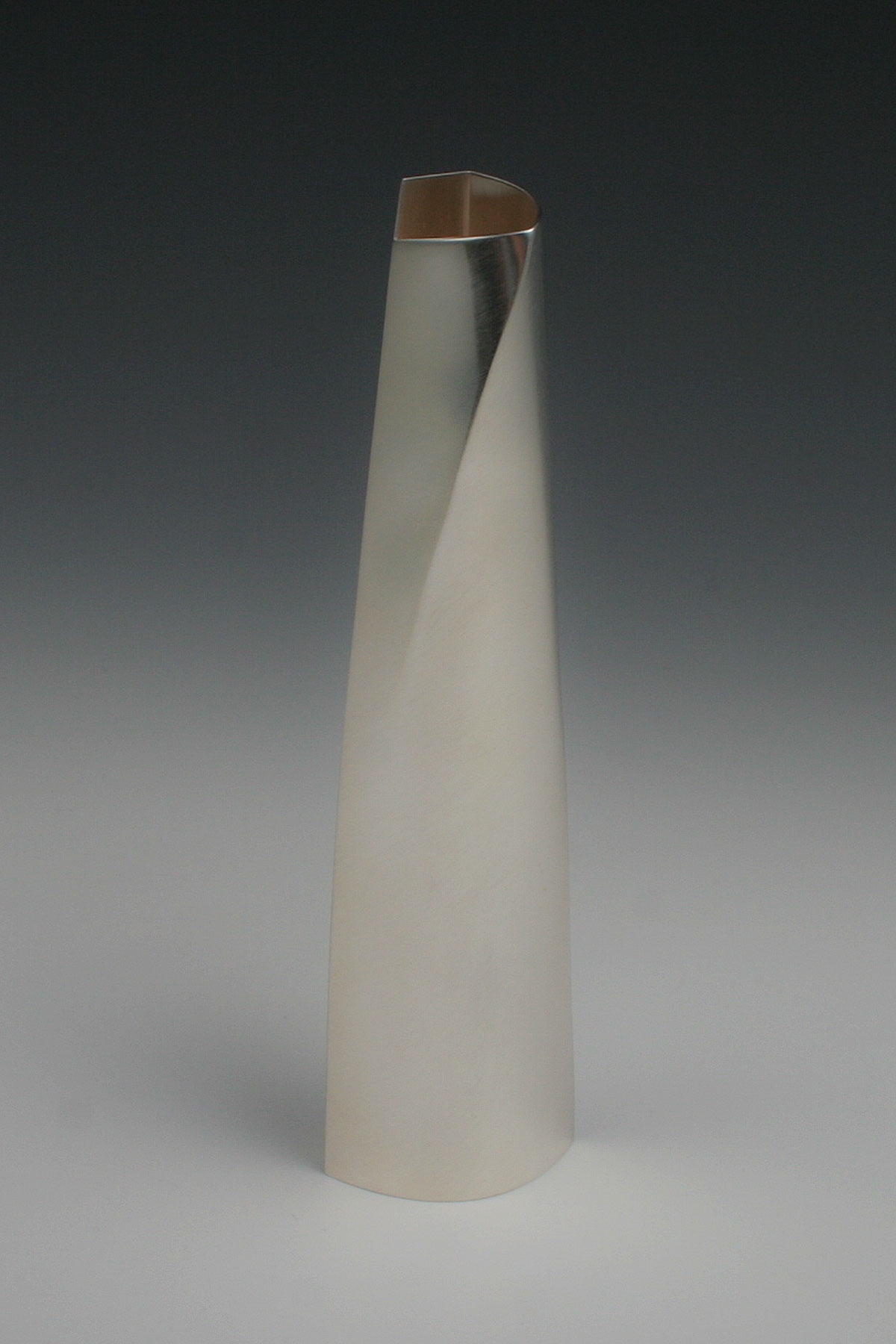 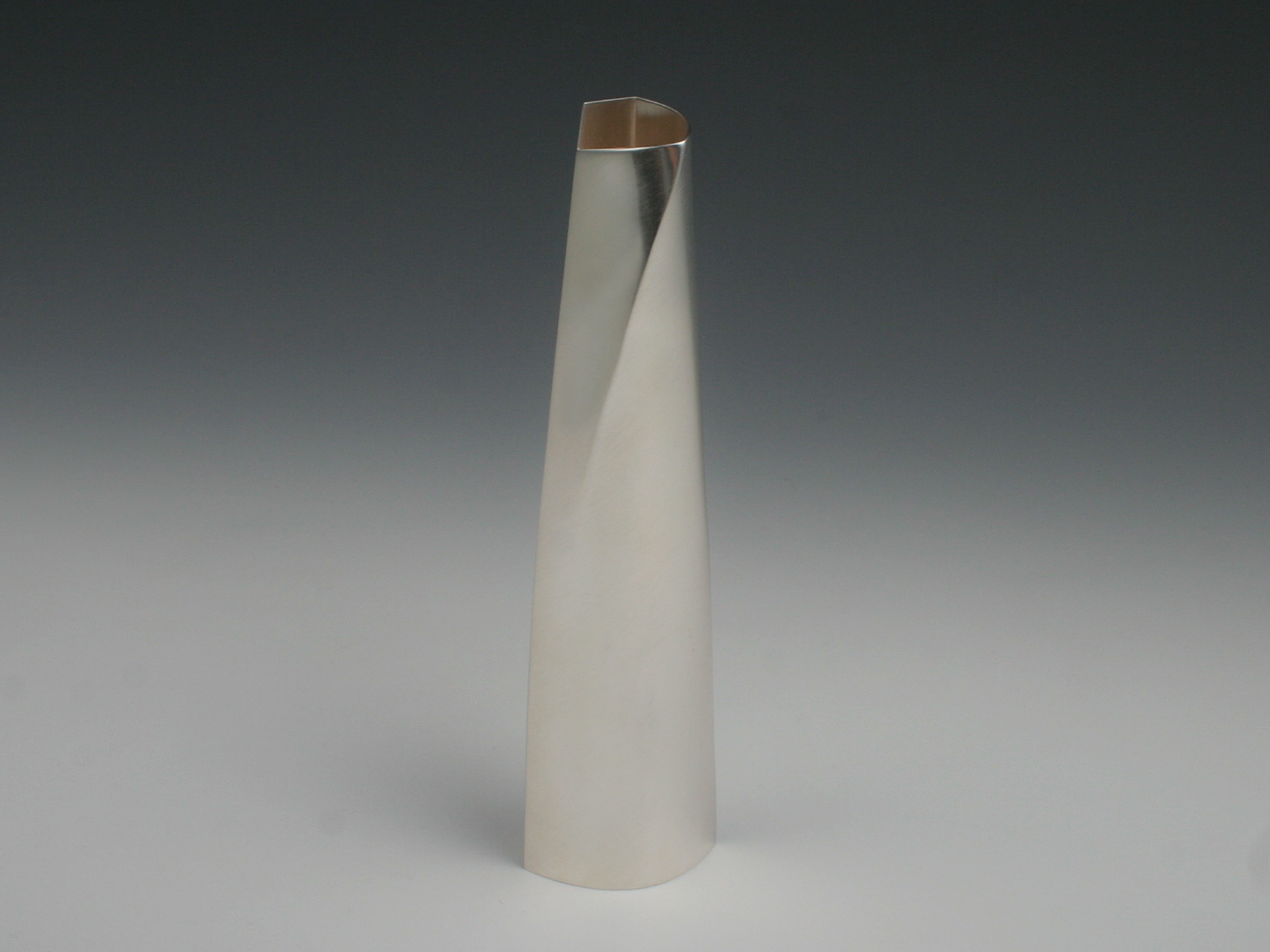 Standing on an almond-shaped base, the silky matted body splitting into a polygonally slightly turned appearance and tapering to the top. The upper rim graduated.
An outstanding beautiful vase of exclusive elegance and sculptural effect from one of Britain´s important artist-silversmiths.