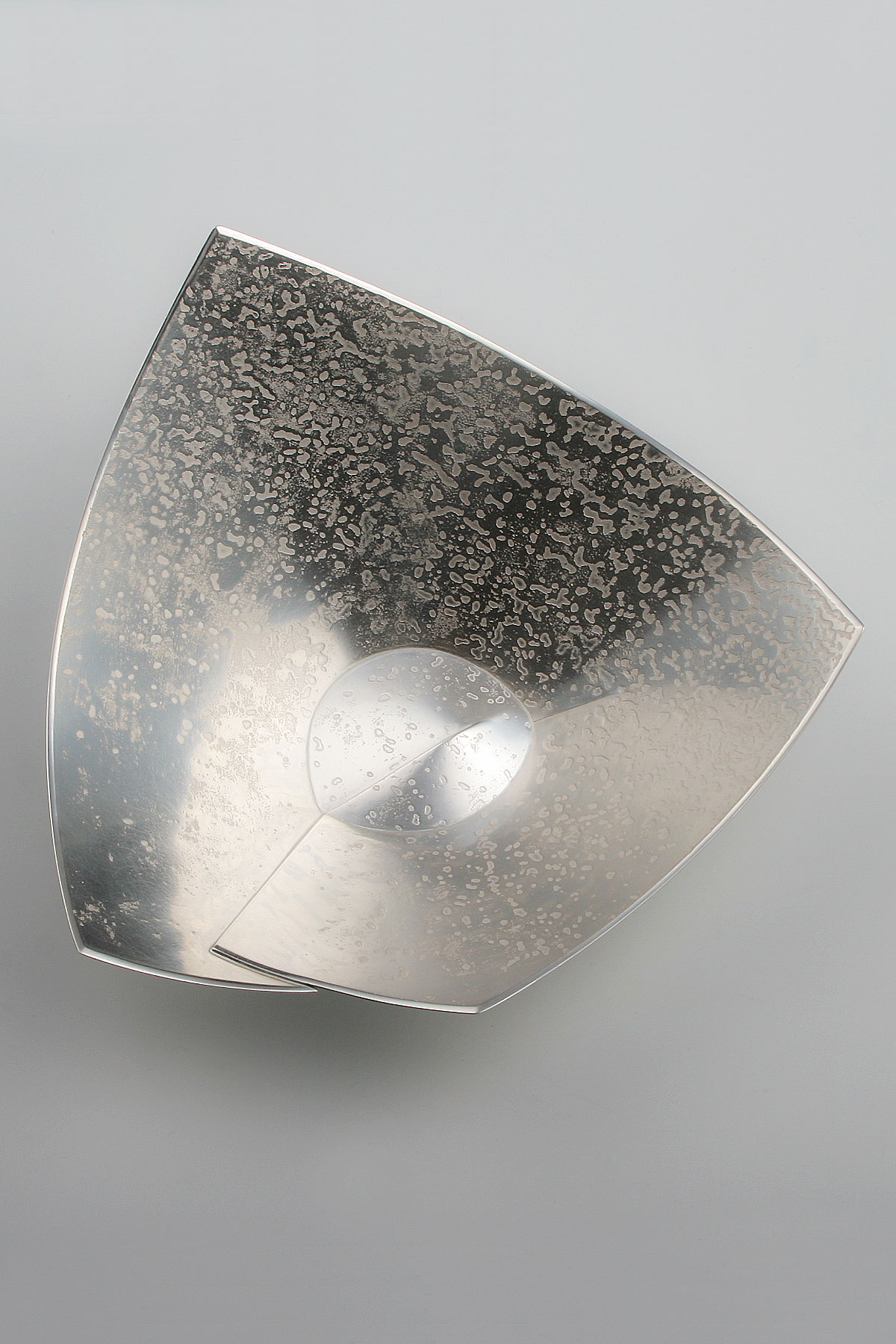 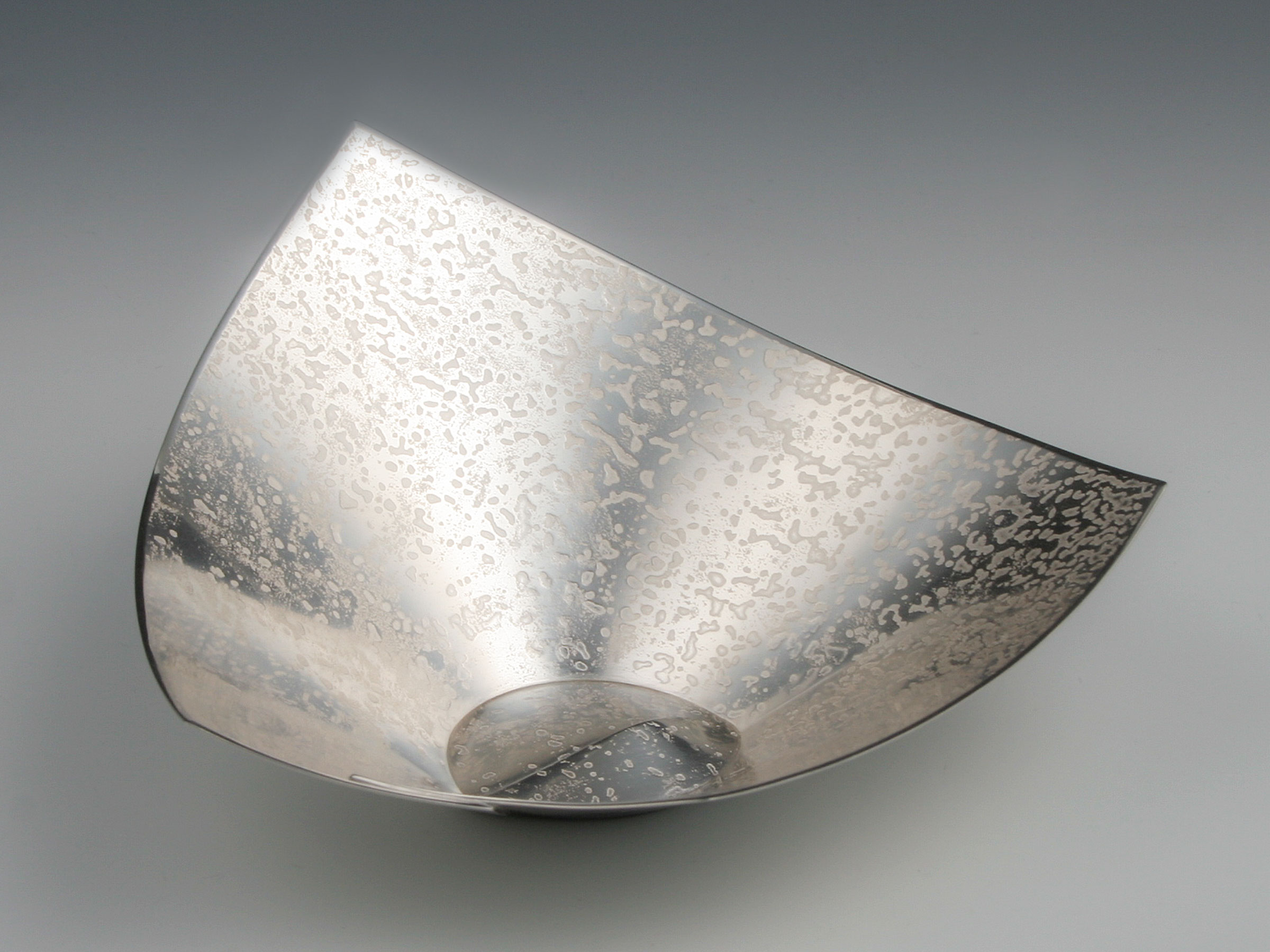 Standing on a flat base, the slanted, square body contouring a triangle to some extent. One side overlapped and soldered causing a rising effect to the centre. The polished surface covered with etched texture.
A fine dish of beautiful and very inventive design from one of Britain´s important artist-silversmiths.