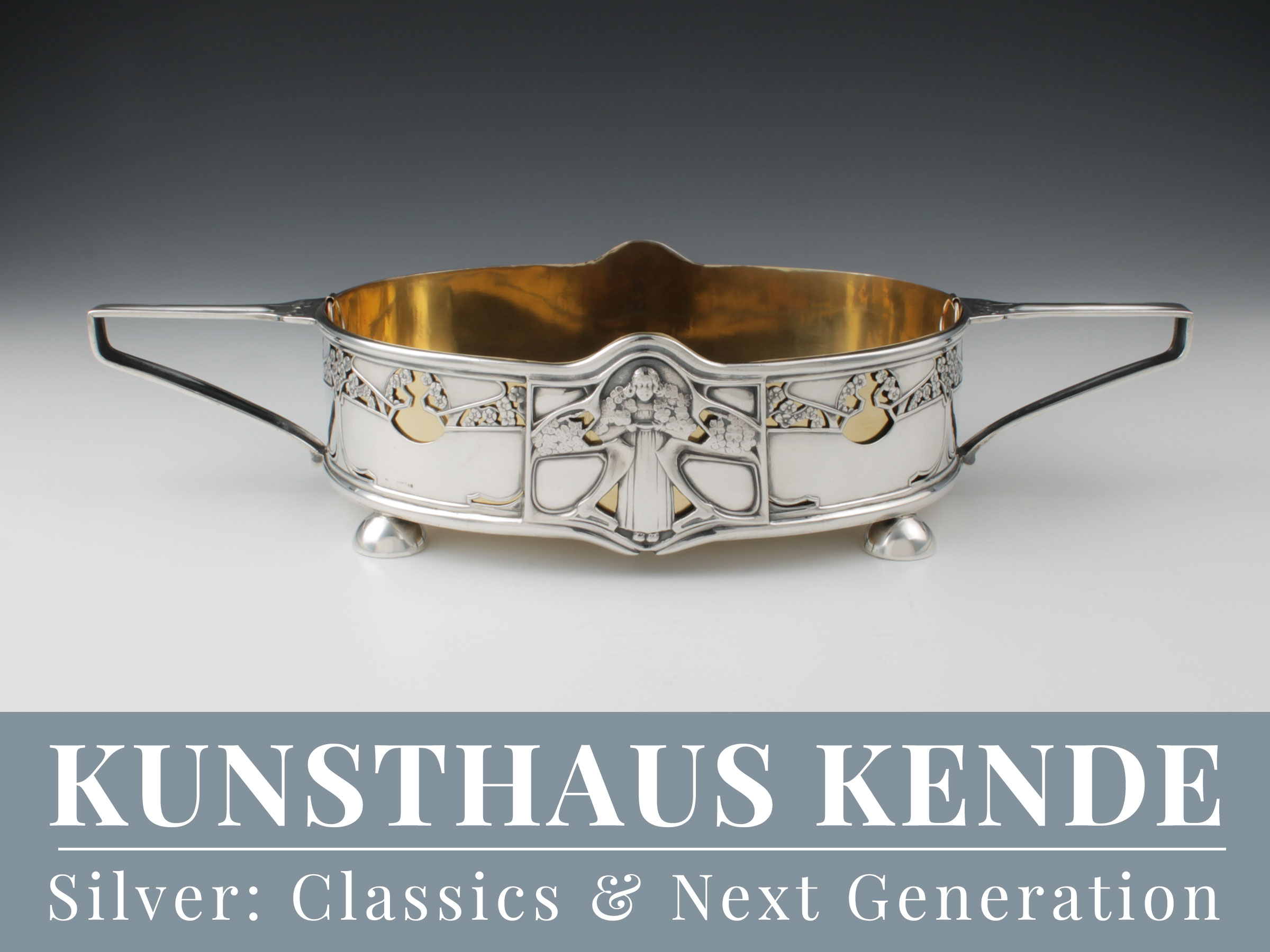 The openwork frame standing on four spherically cut ball feet, surrounding the removable brass insert. On the long side a central flower-framed depiction of a standing maiden being flanked on both sides by an openwork depiction of an abstract tree motif. The narrow sides closed by horizontal handles, which are decorated with abstract floral decoration on their top sides.
A rare Arts & Crafts jardiniere in sterling silver in good and authentic condition.

Kate Harris succeeded as a British designer of Arts & Crafts objects, and from 1899 to about 1905 she was a leading designer in the London studio of William Hutton & Sons, where she was entrusted with the production of artistically sophisticated silverware. Her designs show a very individual language of form that is related to continental Art Nouveau and skilfully combines it with the british Arts & Crafts. The silversmiths W. G. Connell of Cheapside, as “artistic jewellers and silversmiths”, were one of the most progressive specialist dealers in artistic silverwork in the Arts & Crafts style. Connells is regarded as one of the first pioneers to offer Arts & Crafts silver and was, along with Charles Robert Ashbee’s Guild of Handicraft, the only exhibitor of such objects in silver at the 1893 Arts and Crafts Exhibition.
Connells, in addition to the Goldsmiths and Silversmiths Company, also distributed many of Kate Harris’ designs which she had produced while working for William Hutton. It is therefore certain that this jardiniere was made by William Hutton & Sons, even though it is hallmarked for Connell of Cheapside.
This tree-of-life motif on the sides can be found on several other designs by Kate Harris, including a bowl that is kept in the Victoria & Albert Museum, London (Inv. No. CIRC.156-1965).
Kate Harris was one of the few British artists whose silver work – including a version of the jardiniere shown here – was exhibited at the 1900 Paris World’s Fair and was highlighted by the jury. An image of the object can be found in a contemporary photograph that was shown as part of a review of the Paris World’s Fair.

An overview of our Art Nouveau silver items can be found here. 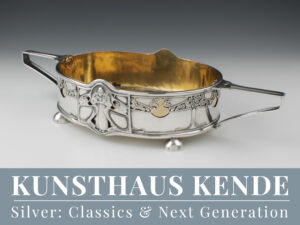 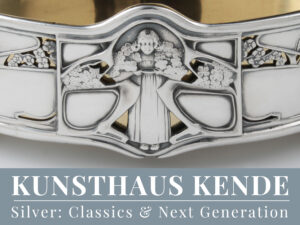 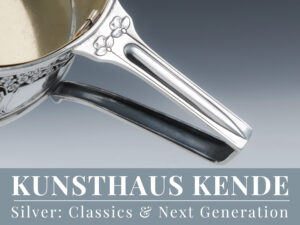 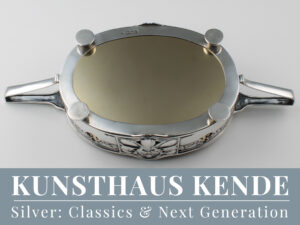 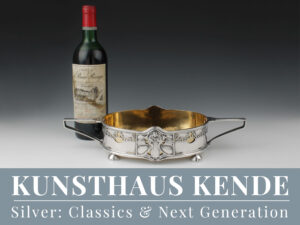 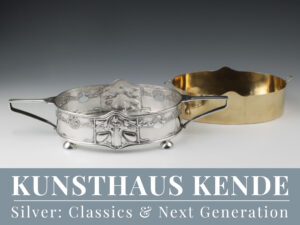 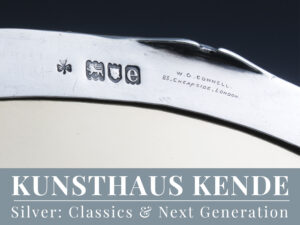