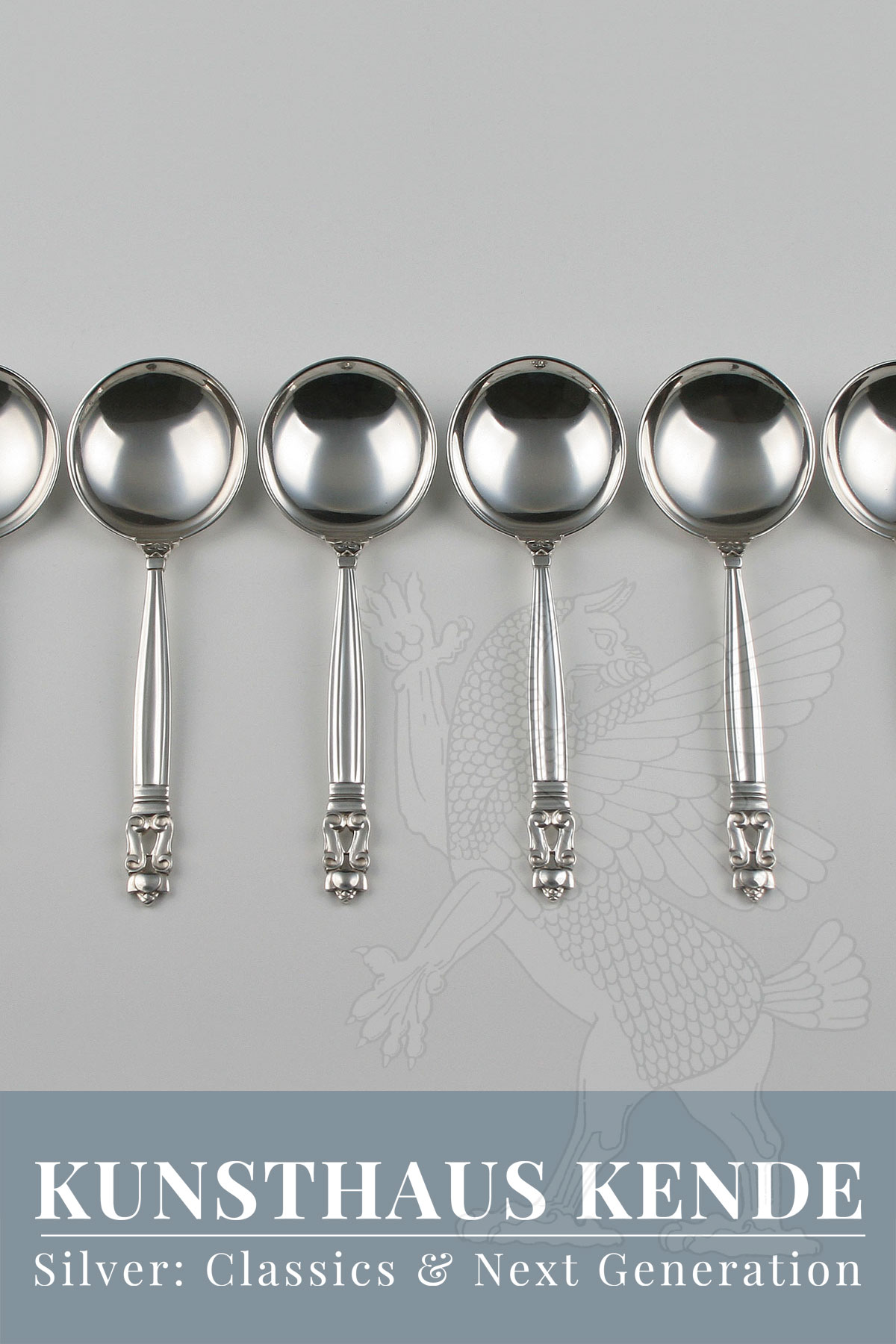 A set of six large sterling silver “Acorn” pattern soup spoons, in Denmark also known as “Konge”, designed by Johan Rohde in 1915. Executed by Georg Jensen silversmithy 1933-44.
Very good condition, without monograms. The Georg Jensen maker’s marks prove the production of these soup spoons to the period 1933-44, the additional London import hallmarks allow an exact dating to the year 1938. Another particularity of these spoons is that these were made pre 1945 that means they are in the old Copenhagen made quality. The “Acorn” cutlery is, along with “Pyramid”, one of the classics among Georg Jensen’s silver cutlery and is still produced in sterling silver today.