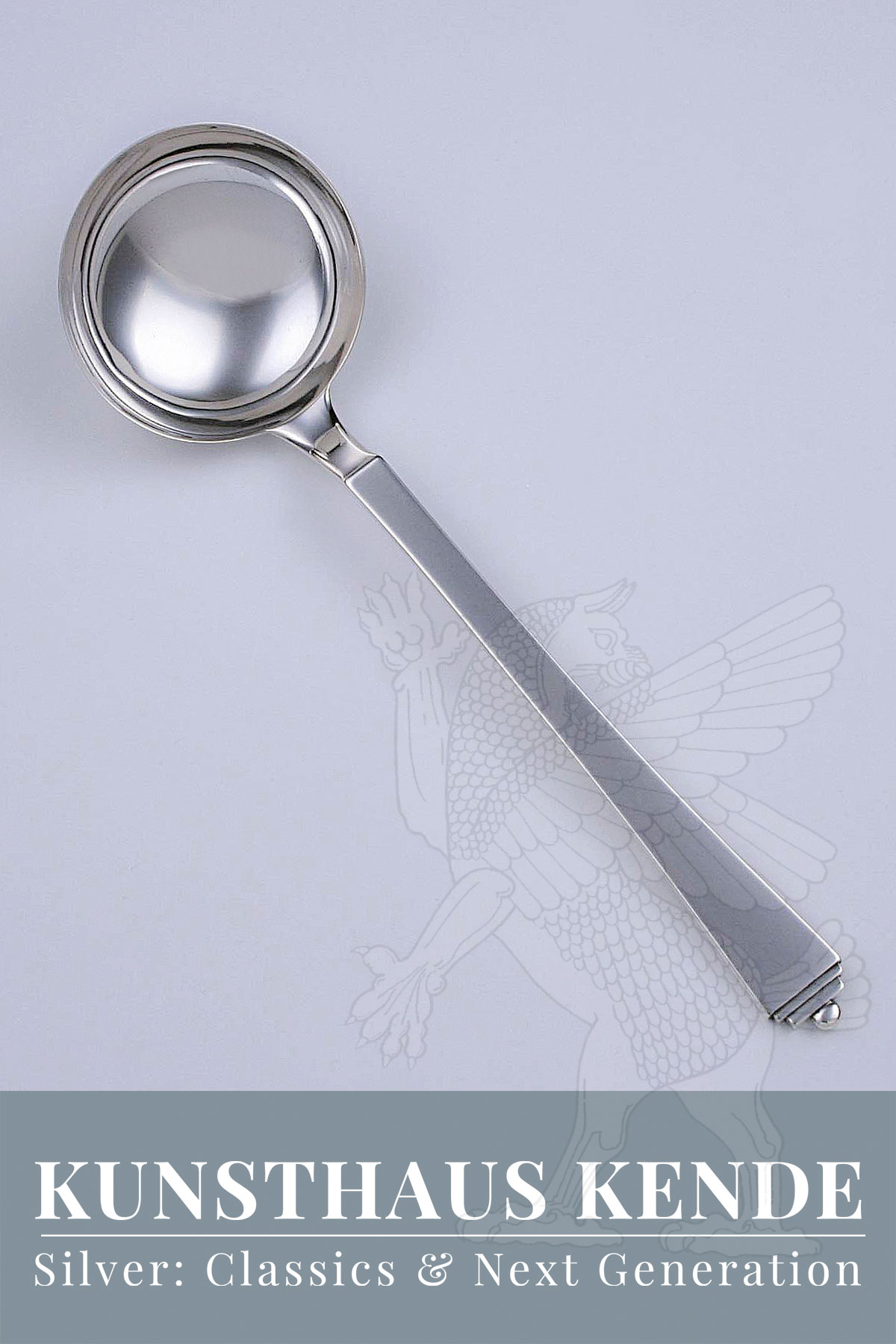 A rare 830 grade silver punch ladle in “Pyramid” pattern, designed by Harald Nielsen, 1926. Executed by Georg Jensen silversmithy 1931.
This ladle is the rare medium sized version which is discontinued since many years. Excellent condition without monogram or other kind of personal engraving, gently polished. An interesting and very rare detail of this ladle is the fineness of 830 grade silver and the old Copenhagen hallmark for 1931 with the hallmark of the assay master Christian F. Heise, thus an original from the early period of the design’s launch.

The “Pyramid” cutlery was designed in 1926 by Georg Jensen´s brother in law Harad Nielsen and is still a modern classic among Art Déco silver cutleries. First produced in 830 grade silver, it gained increasing international popularity as silverware for the haute volee in the early 1930ies which is why the production was switched to sterling silver. The demand of silverware in “Pyramid” is still unbroken today and the pattern is one of the most sought-after Georg Jensen silver cutleries.
In the first decades, the “Pyramid” silver cutlery had a large number of serving pieces as well as a wider selection of core cutlery and hollowware. After the Second World War the production of different types of flatware was gradually discontinued. As mentioned above this includes this punch ladle. The “Pyramid” pattern cutlery is still produced by Georg Jensen today in sterling silver to a significantly reduced number in variety and also in stainless steel, although no longer in Denmark but in Thailand.