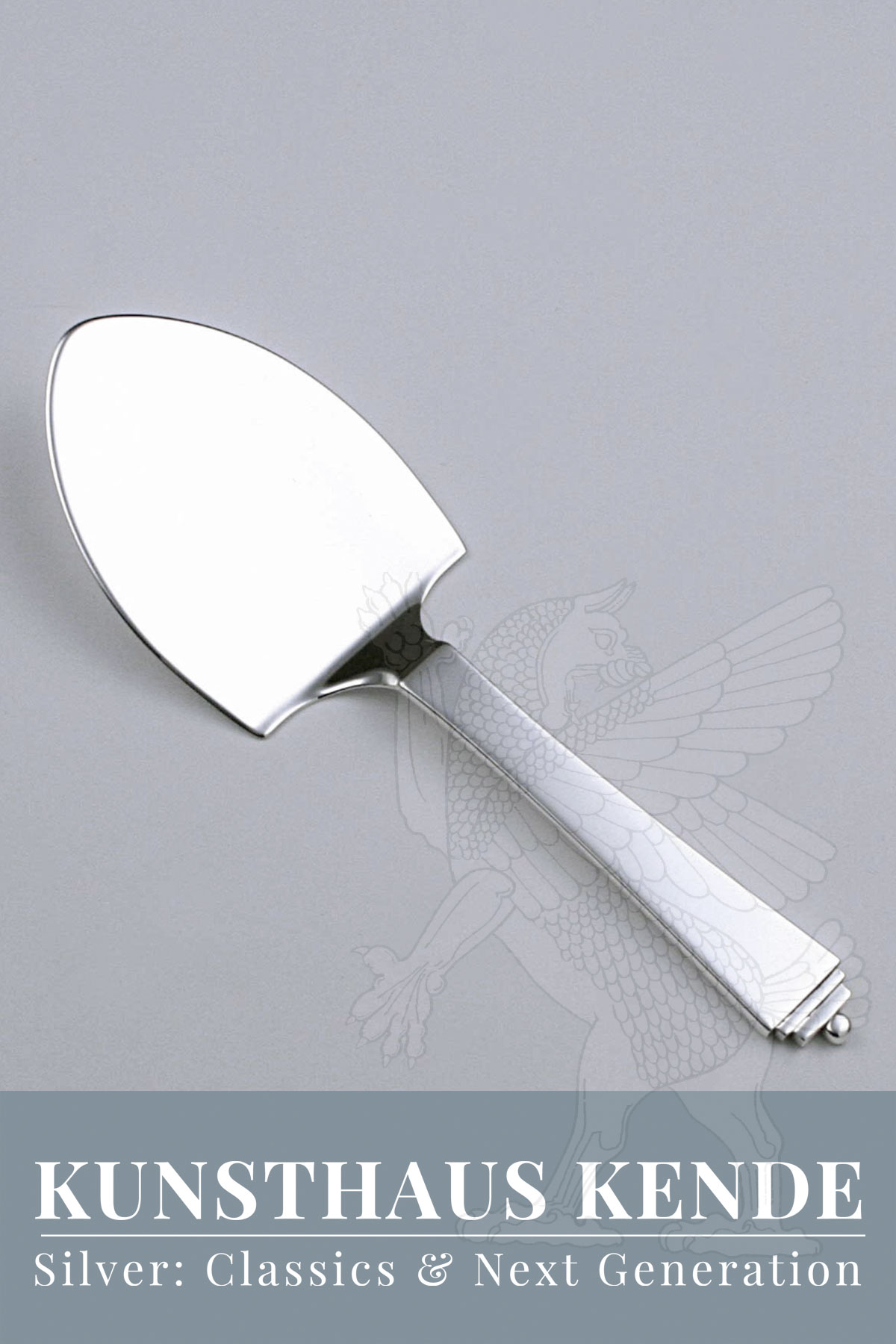 A very rare sterling silver pastry server in “Pyramid” pattern, designed by Harald Nielsen, 1926. Executed by Georg Jensen silversmithy between 1926 and 1932.
Excellent condition without monogram or other kind of personal engraving, gently polished. An interesting and rare detail of this pastry server are its triangular shape to the front as well as its Georg Jensen date marks being in use between 1926 and 1932 and which prove it to be an original from the early period of the design’s launch.