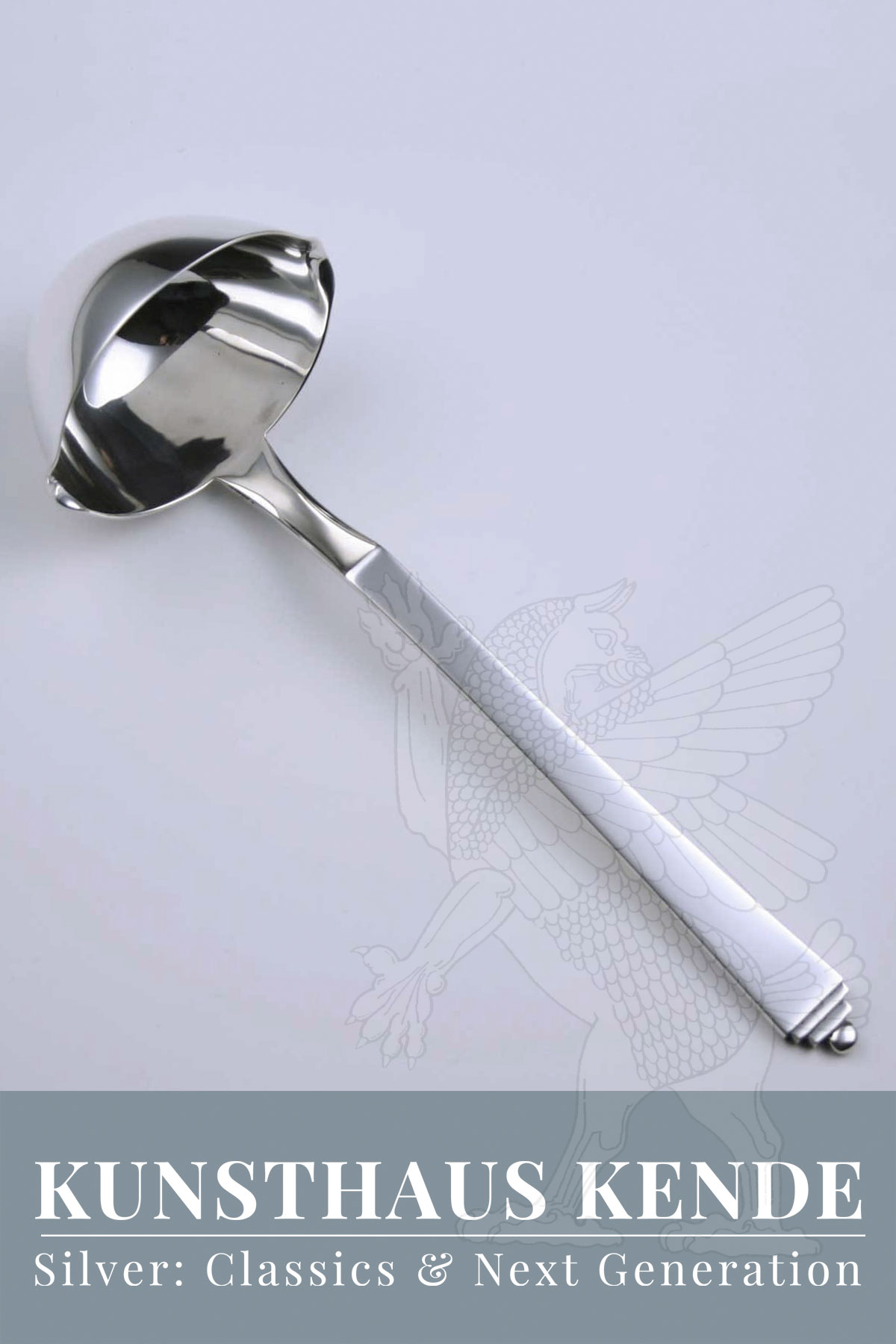 A sterling silver sauce ladle in “Pyramid” pattern, designed by Harald Nielsen, 1926. Executed by Georg Jensen silversmithy post 1945.
Excellent condition without monogram or other kind of personal engraving, perfectly polished so as new.