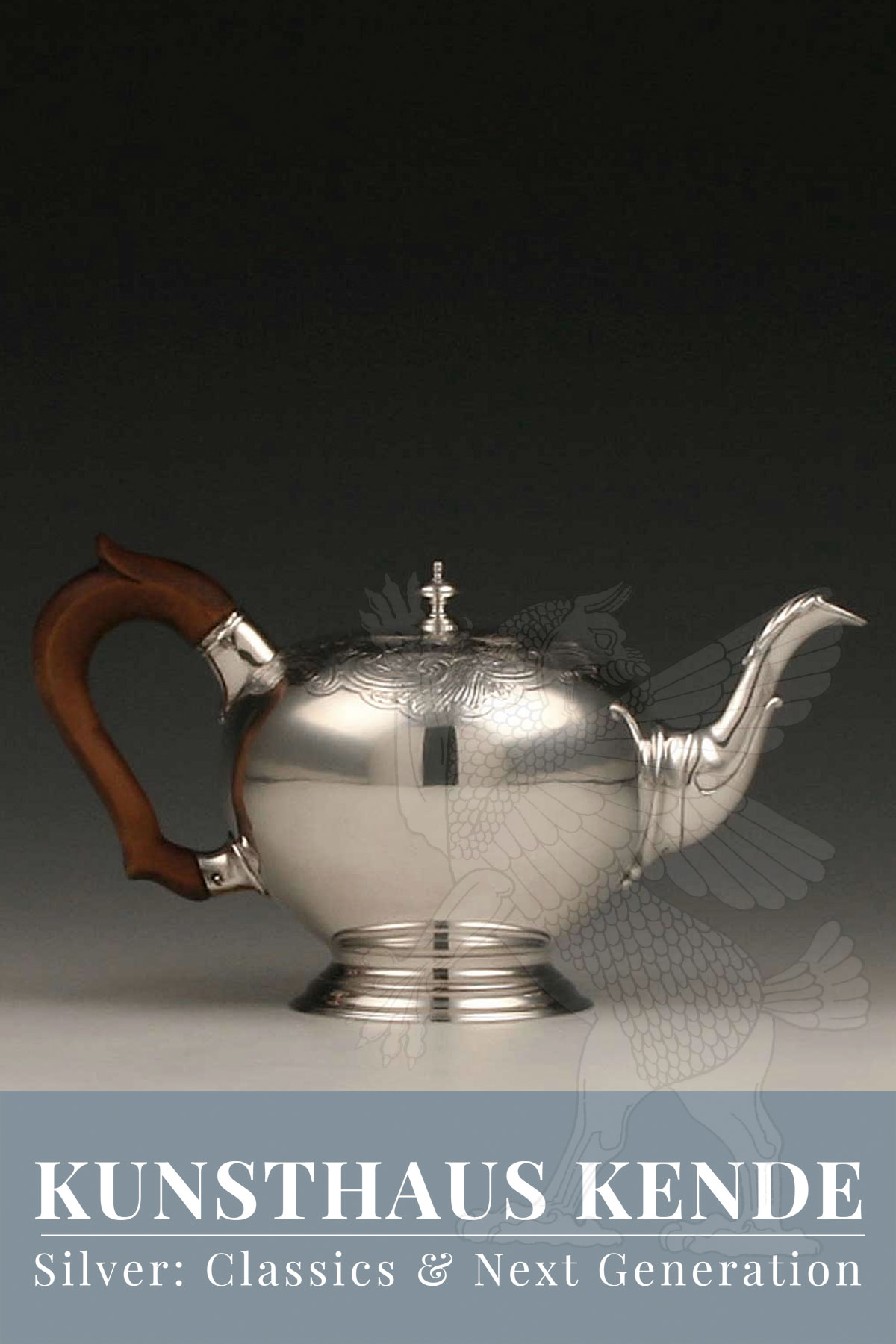 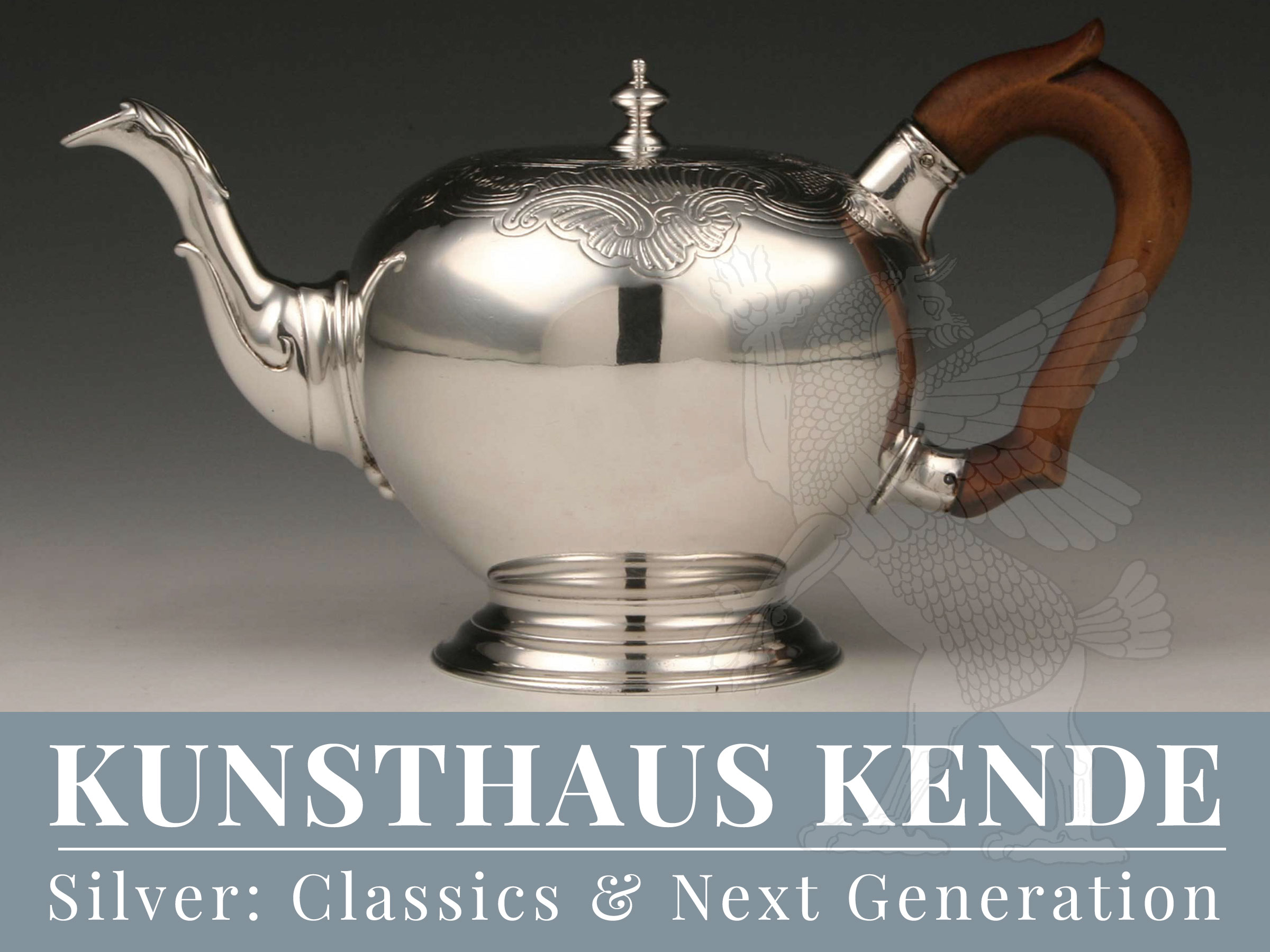 A rare antique sterling silver bullet teapot of small size. Very charming with plain body, standing on a flat base and with engraved decoration to the top. The spout is prettily shaped with acanthus leaf decoration to the tip. Excellent condition and colour.
The bullet shaped teapot is probably one of the best known types of the George II period and the lid of this one has a cleverly concealed flush hinge which is difficult to distinguish as the engraver has continued the decoration over this area.

Tea as a social status symbol in the 17th and 18th centuries
Tea was first introduced at the beginning of the 17th century by the Dutch East India Company. From there, tea gradually spread throughout Europe and was introduced to the English court in 1662. As a result, the consumption of tea became a fashionable habit that soon spread to British aristocracy and, due to its high cost, remained reserved for them for a long time. In 1717, Thomas Twining opened the first tea shop in London.
This Georgian sterling silver teapot reflects the high status of tea (along with chocolate and cocoa) as a luxury product in the first half of the 18th century. Due to its exclusivity, the preparation and consumption of tea was a social event, which is why teapots, tea caddies and tableware were artistically designed in silver and porcelain. The host was responsible for preparing the tea in the presence of the invited guests. The tea was only prepared in small quantities so that it would not cool down while being drunk. Hot water was often poured from a separate pot. For this reason, teapots were predominantly small in size until around 1777. Teapots became much more voluminous after the tea tax was eliminated by the British Parliament in 1773 and tea consumption became fashionable.
Silver teapots already existed in the 17th century, although only very few examples from before 1710 have survived.

Richard Bayley
Richard Bayley was apprenticed to Charles Overing in 1699 and turned over to John Gibbons in 1704. Free 1706. First mark entered in 1708 at Foster Lane, London, 2nd mark 1720, third mark in 1732. Warden of the Goldsmiths Company 1746 until 1748. Prime warden 1751. He was known for his good plain silver hollowware such as tankards, jugs, coffee- and teapots.

An overview of our other silver teapots and coffee pots can be found here.
Please click here to see our other current offers of Georgian silver.