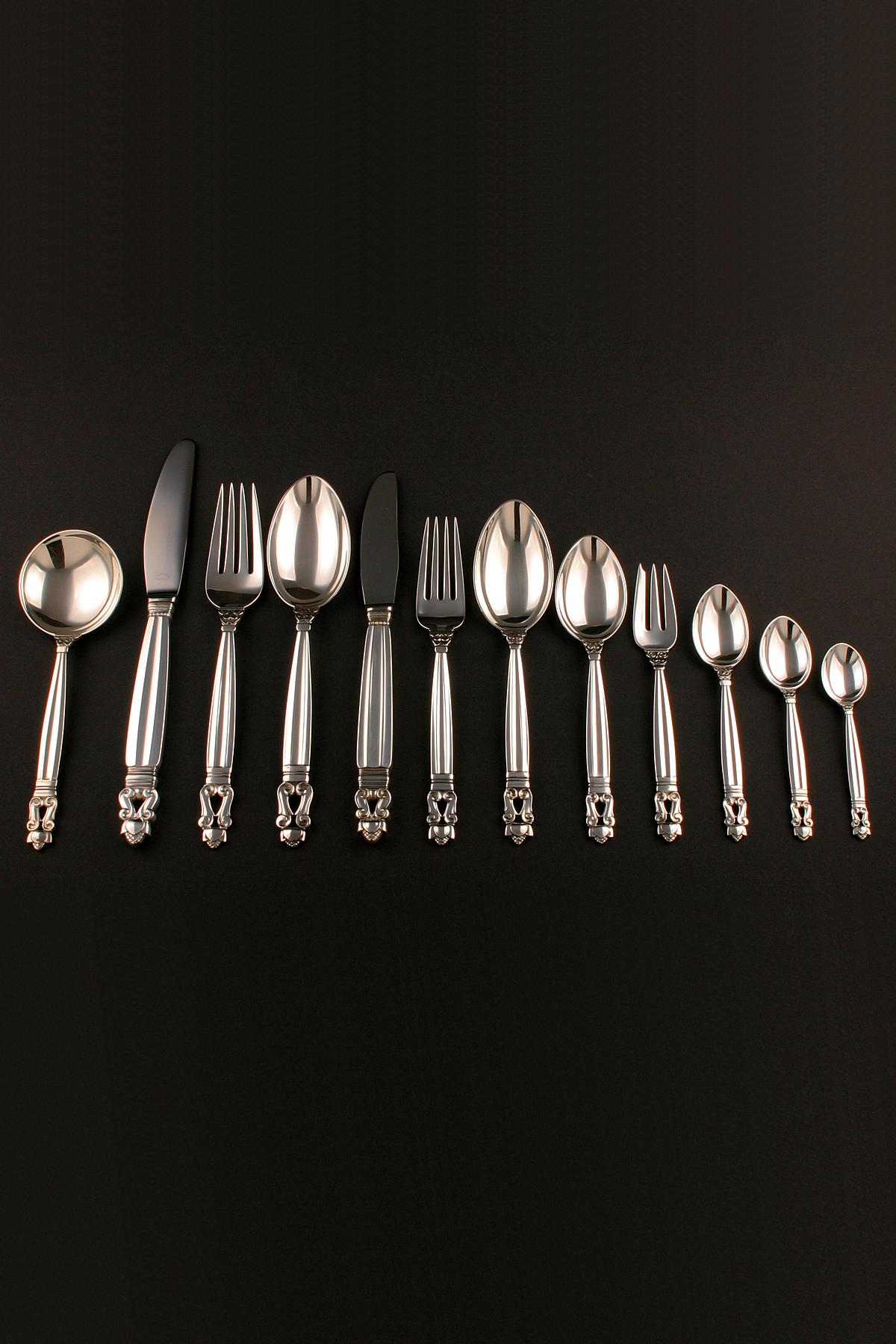 This Acorn flatware service consists of (please refer to the first image, from left to right):

This vintage Danish Jensen flatware service is an exceptional gauge of silver, exceptional quality and condition. The Acorn pattern ornamentation is very sharp. Full hallmarks struck to the reverse of each piece are all very clear.
The whole set has been professionally polished and is in exceptional condition. The blades of the knives were professionally replaced, all knives are dishwasher-safe. There are no monograms or inscriptions.
Acorn Pattern is without a doubt Georg Jensen’s most successful silver design and is still in regular production. The actual price at George Jensen would be 14.700,- EUR. The whole set bears post-war Georg Jensen marks apart from the soup spoons which bear the Georg Jensen marks of 1933 – 44.
The set can be extended with butter knives as well as relating the number of people and with serving pieces on demand.