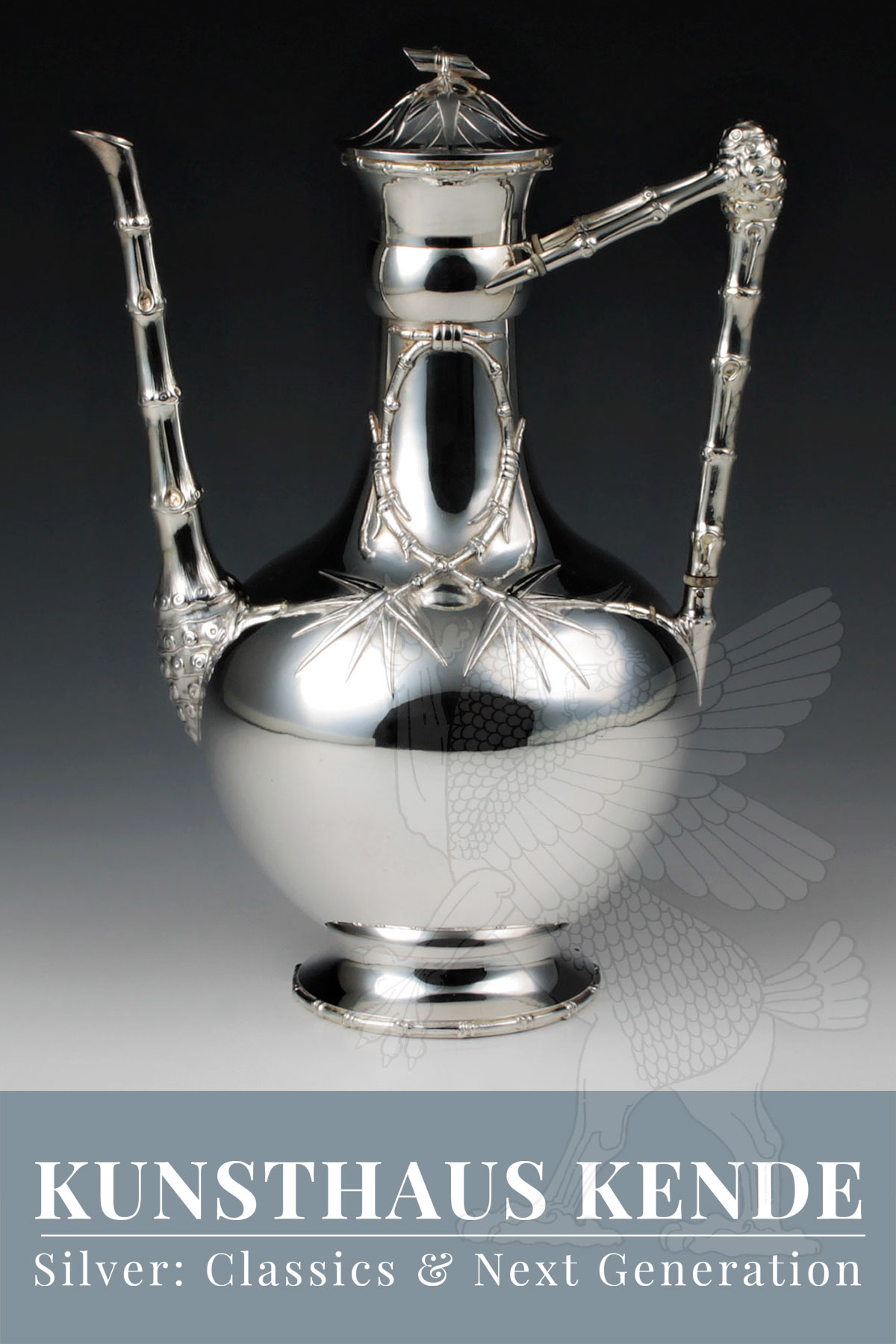 The subtly rounded and smooth body standing on a flat base with a bamboo rim, the front and back of the body decorated with crossed bamboo branches, the top terminated with a corresponding lid with bamboo leaf decoration and a branch segment as a knob. The silver handle on the back made in the shape of a naturalistic bamboo branch which divides into two smaller branches to the upper sockets and being connected to the body heat stoppers made of bone. The spout, like the handle, is also formed as a bamboo branch.

Exceptional Art Nouveau coffee pot in 950 silver in the rare Aesthetic Style that was en vogue for a short time during the Art Nouveau.

The affinity of Art Nouveau with Japanese art was based in particular on the designs of British artists of the Aesthetic Movement as well as on the silverware of Tiffany, which was first introduced in 1875 whose works in silver and mixed metal (silver combined with bronze or brass) promoted interest in Japanese art. In France and the French-speaking countries in particular, there was a great interest in Japanese stylistic tendencies during the Art Nouveau period, which was due to the increased circulation of Japanese prints and items of everyday´s use that were brought through the trade in Europe from 1860 onwards.