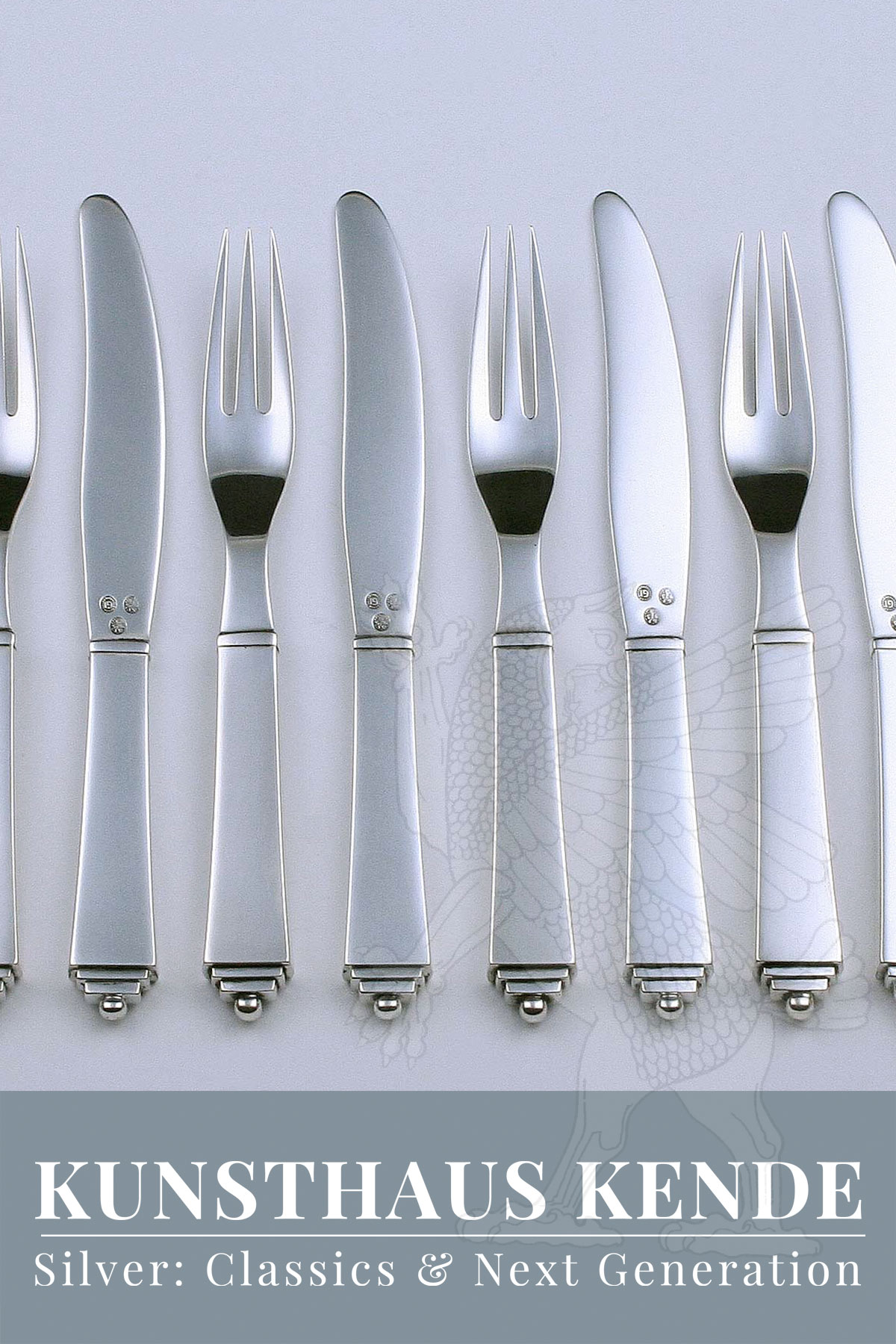 A fruit cutlery for six persons in “Pyramid” pattern, designed by Harald Nielsen, 1926. Executed by Georg Jensen silversmithy 1931. Professionally polished and in excellent condition. No monograms or removals.
As a set for six persons from the early era of this design this set is of an additional rarity and hard to find. The prongs of the forks and the blades of the knives are made in solid silver. All pieces show hollow handles. All forks are made in 830 grade silver, the knives are made in sterling silver. The cutlery belonged originally together as it has been purchased in this composition by the first owners at Georg Jensen in Copenhagen in the early 1930s and remained in family property until now.

The “Pyramid” cutlery was designed in 1926 by Georg Jensen´s brother in law Harad Nielsen and is still a modern classic among Art Déco silver cutleries. While the cutlery was first produced in 830 grade silver, it gained increasing international popularity as silverware for the haute volee in the beginning 1930ies and was therefore produced exclusively in sterling silver from around 1930. The demand of silverware in “Pyramid” is still unbroken today and the pattern is one of the most sought-after Georg Jensen silver cutleries.
In the first decades, the “Pyramid” silver cutlery had a large number of serving pieces as well as a wider selection of core cutlery, but production of different types was gradually discontinued after the Second World War. This includes this fruit cutlery as well. The “Pyramid” pattern cutlery is still produced by Georg Jensen today in sterling silver to a significantly reduced number in variety and also in stainless steel, although no longer in Denmark.