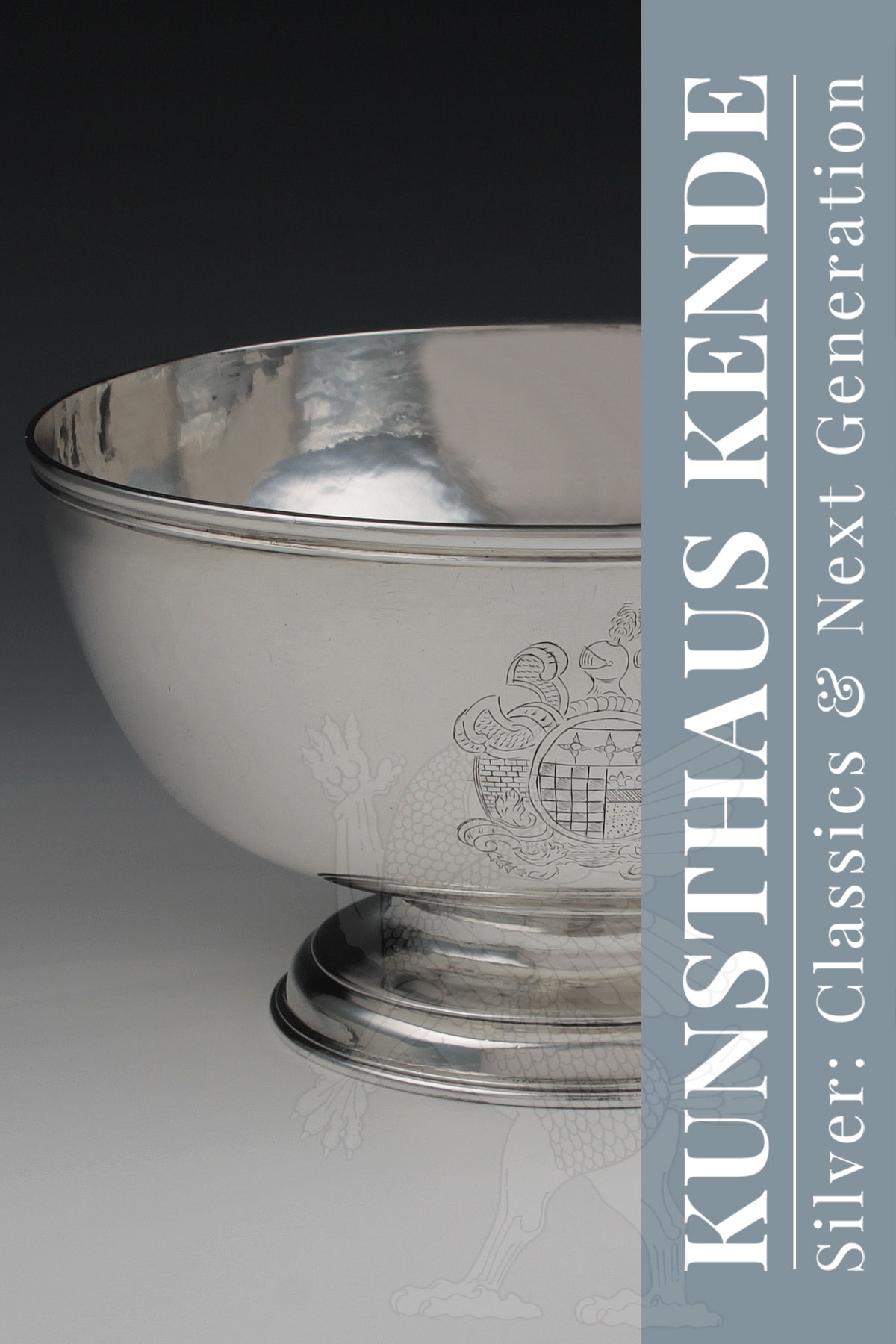 The circular bowl standing on a central, profiled baluster foot. The upper rim is finished with a profile. An exceptional early silver bowl in undamaged condition without repairs. The hallmarks showing near no rubbing and all well legible, the old surface showing a beautiful patina and a good colour.

The consumption of punch came into fashion in the first half of the 17th century, when colonial goods from the East and West Indies reached Britain through trade. The consumption of cocoa, coffee and tea developed into a medium of social distinction at the English noble houses because of their preciousness and exoticism. Silver punch bowls do not appear to have come into wider use until the late 17th century, although objects from before 1700 rarely survived until today.
It is believed that the terminology of punch derives its origin from the Hindi term paanch meaning five. The name goes back to the five basic ingredients of the drink, which were dissolved in a mixture of water and alcohol (usually rum due to its colonial origins) and composed of spices, citrus fruits and sugar. Similar influences from the countries of origin can also be attested in the terminology of other types of vessels: for example, the term tea caddy most likely derives from the Malay word kati, which refers to a tea measure weighing about a pound.
For a long time, the consumption of punch remained popular mainly in England and the territory of North America, although the first evidence of the drink’s fame can also be found in the German cultural area in the early 18th century.
Letters from his father show that Wolfgang Amadeus Mozart also came to know and appreciate punch during his stay in England (1764). It was not until much later, at the end of the 18th century, that punch became popular at the noble houses of France and Germany.
In its artistic reception, punch finds its representation in various contemporary pictorial works, such as William Hogarth’s “A Midnight Modern Conversation” of 1732 (see here).

Matthew Lofthouse, younger brother of Seth Lofthouse, was apprenticed to George Hanson of the Waxchandler Company in 1689 and went free in 1697. His first master’s mark was registered in 1705 as a Largeworker (cf. his master’s mark on the object here). A second mark replaced the first in 1721.