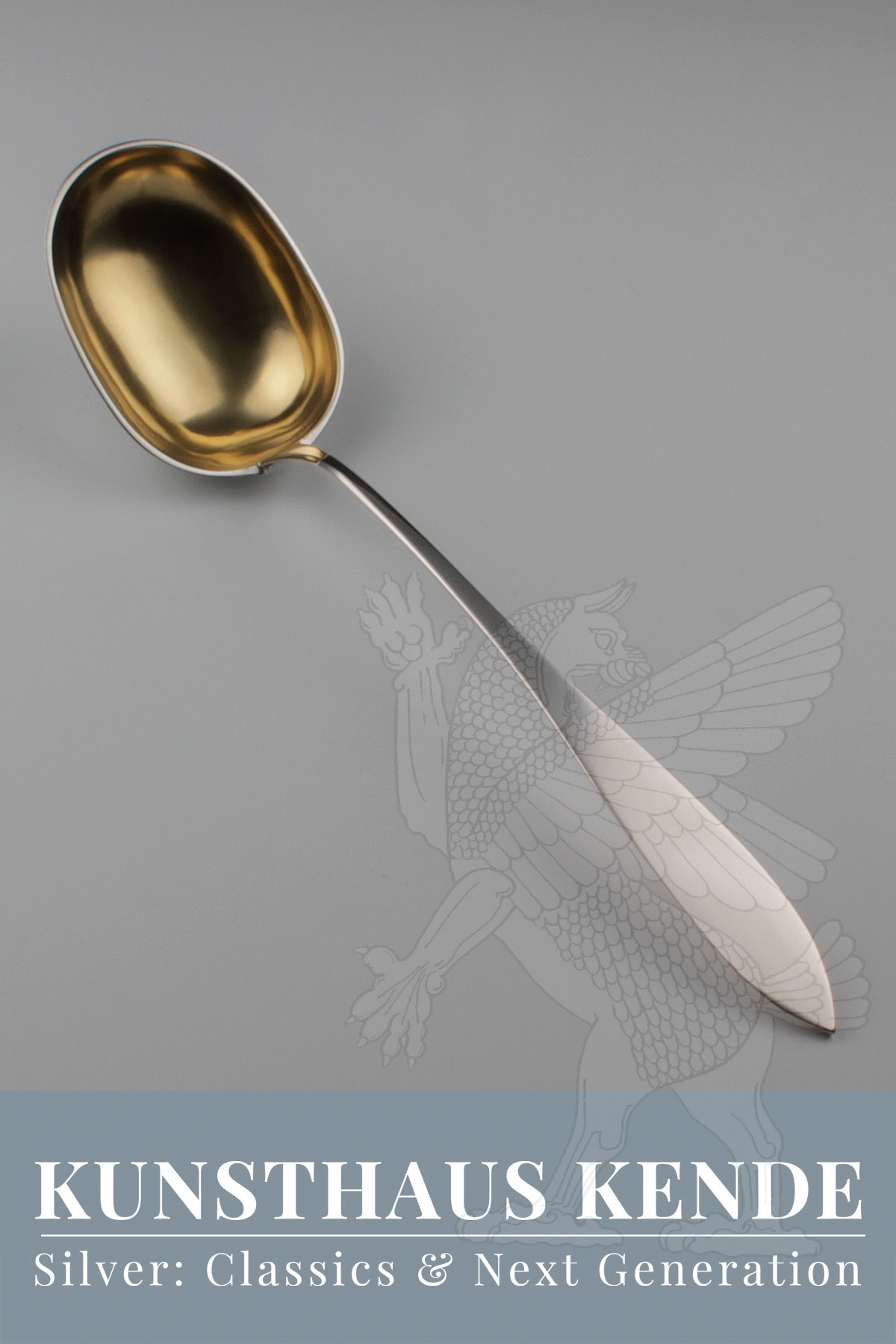 The subtly curved and elongated stem ending in the lancet-shaped handle. The bowl with original gilding to the interior.
In every respect an excellently preserved 19th century serving spoon with original surface.

Christoph Pillmann (1792 – 1854) is recorded as a silversmith in Nuremberg from 1817 to 1854 and specialised mainly in cutlery. In addition to the maker´s mark, this spoon is stamped with the Nuremberg city mark and the so-called “police mark” showing a rampant lion, which is proven for the period 1808 – 1820. The enclosed control letter “B” is documented for the period May 1818 to April 1820, which is why it is possible to precisely determine the date of origin of the object quite precisely.