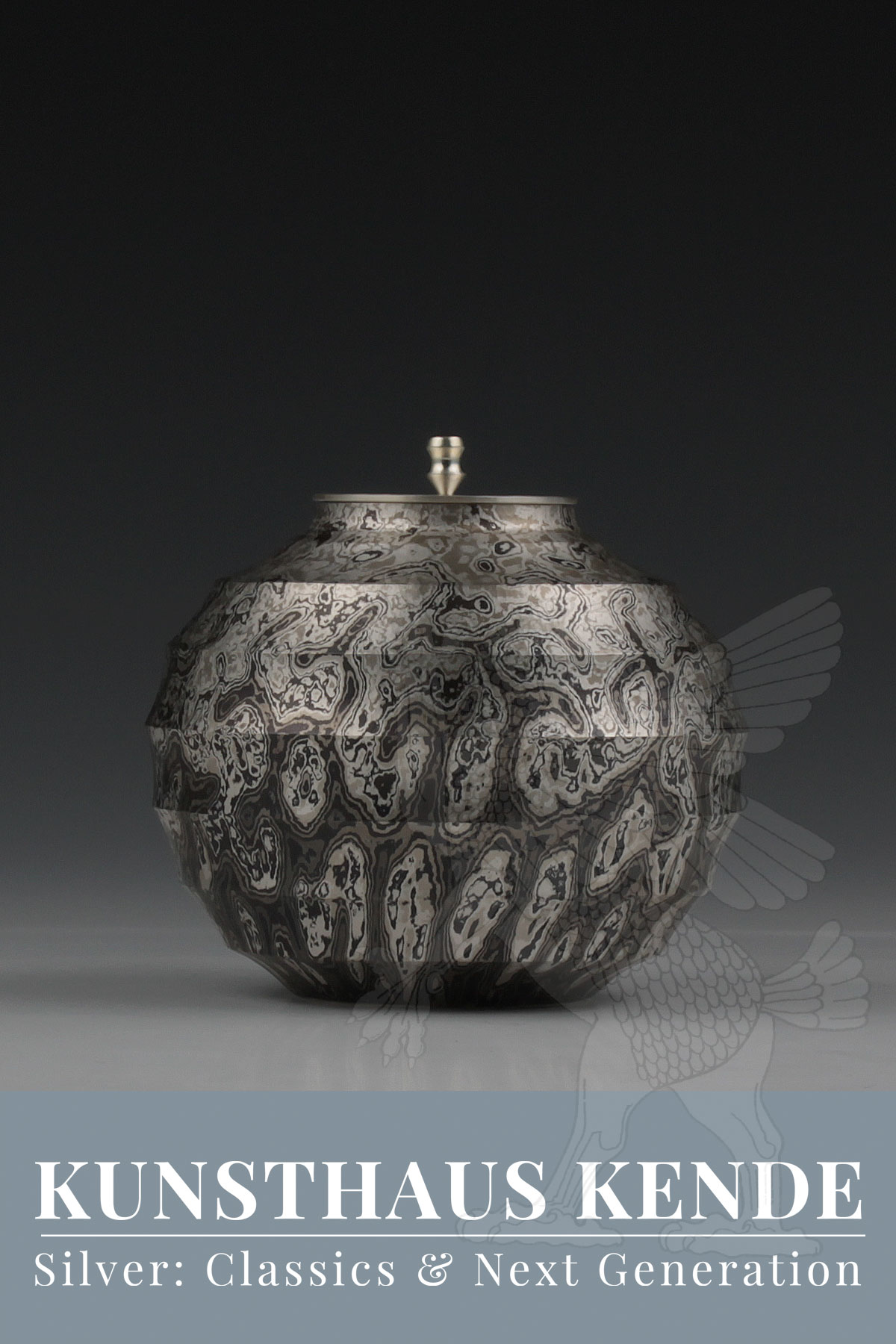 The circular body is decorated by concentric, horizontal ribs. The flat shoulder runs into the short neck and is finished by a silver lid with central handle.
Highly elegant, masterfully crafted tea caddy by one of Japan’s most important contemporary artists for objects in silver and Mokume-gane. The tea caddy is contained in a wooden storage box made and signed by the artist.

In addition to fine silver (999 silver), pure copper and the traditional metal alloys shakudo, kuromido and shibuichi were used in the manufacture of this tea caddy. The interior is made of fine silver, as are the base and the lid. The lid knob is made of 950 silver. Shakudo is an alloy of copper with an addition of 1 to 5 % gold. Kuromido is unrefined copper in its state of discovery, which may contain traces of antimony or iron, among other metals. Copper was processed in this form in Japan for centuries because the technical possibilities for chemical purification of the metal were not available. Shibuichi is an alloy of silver and copper. The outer surface is coloured using a traditional Japanese patination technique called Niiro. This gives the different metal alloys an additional vividness by increasing the contrast. In this process, the copper turns a reddish brown, Kuromido gets a dark black. Shakudo, which is also black, takes on a blue tinge and Shibuichi a matt grey tone, the colour of which can vary depending on the mixing ratio of silver to copper. The colours of gold and silver remain unchanged.