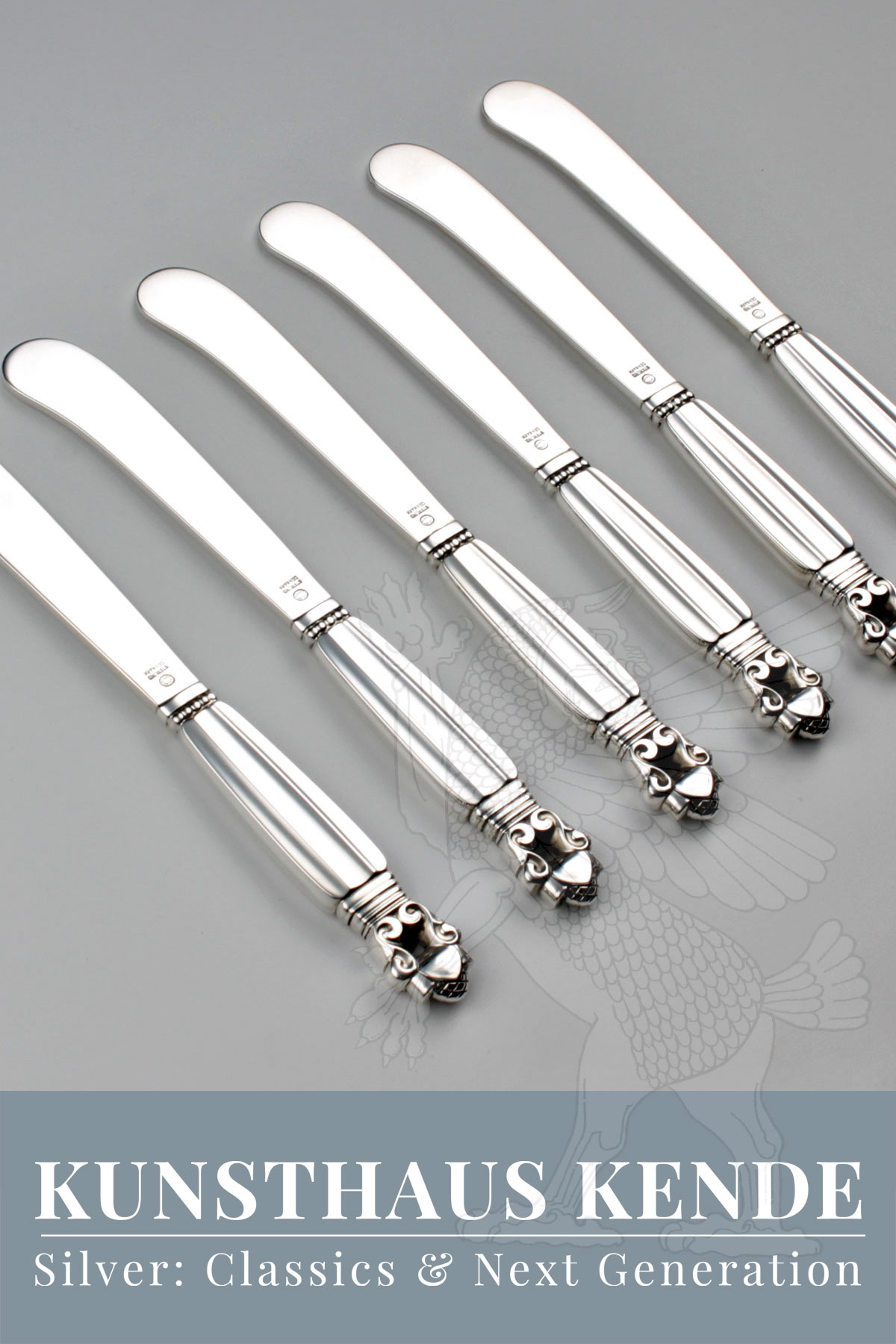 Six sterling silver “Acorn” pattern butter knives with sterling silver blade, in Denmark also known as “Konge”. Designed by Johan Rohde in 1915. Executed by Georg Jensen silversmithy post 1945. This set can be extended to 12 pieces on demand.
Excellent and perfectly polished condition, without monogram. Along with “Pyramid”, the “Acorn” cutlery is one of the classics among Georg Jensen’s silver cutlery and is still produced in sterling silver today.