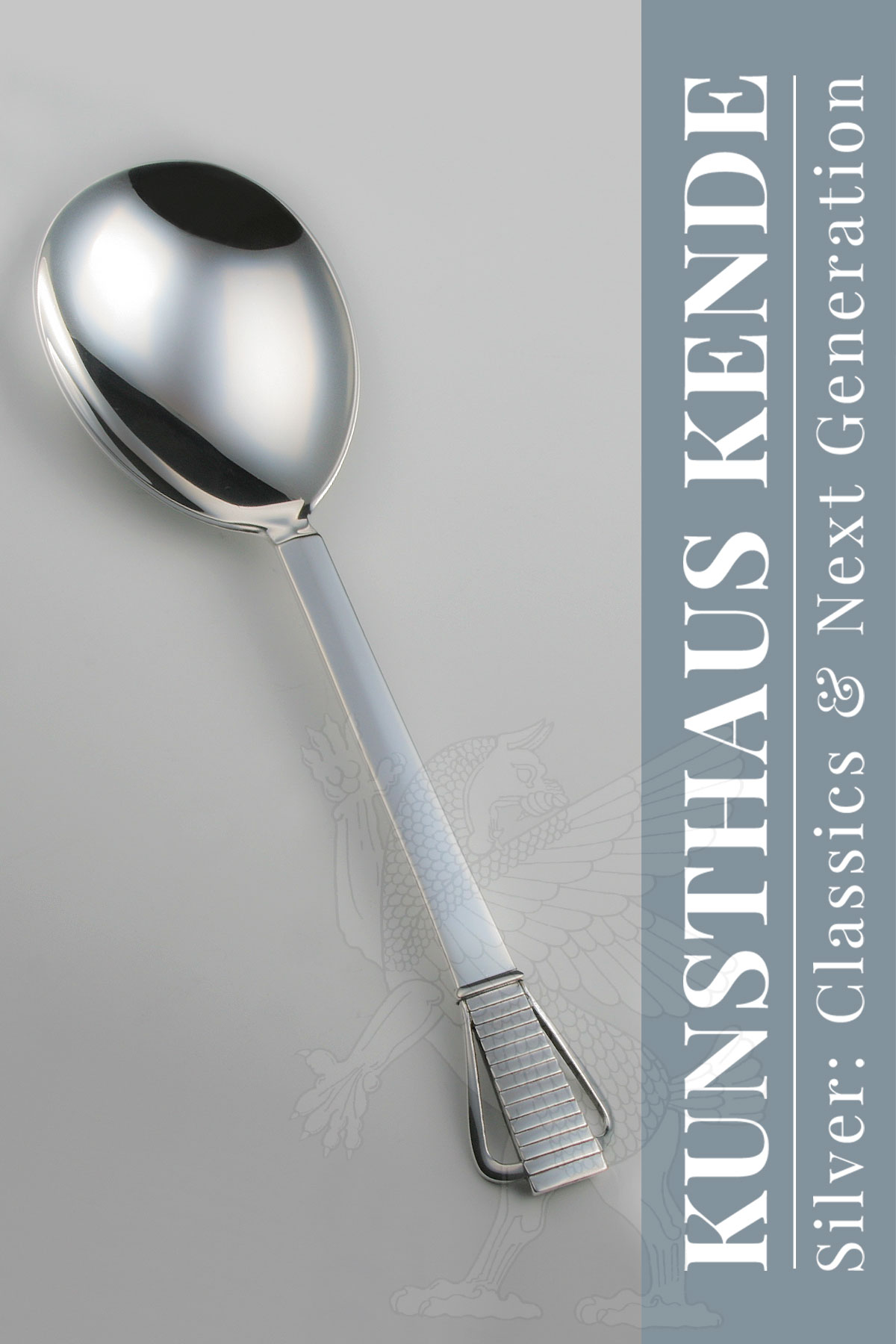 A rare large Georg Jensen sterling silver serving spoon in “Parallel” pattern, also known as “Relief”, designed by Oscar Gundlach-Pedersen, 1931. Executed by Georg Jensen silversmithy 1933-44.
With round bowl and ornamental wings at the end of the handle, being characteristic of several serving items in “Parallel” pattern.
Excellent condition without monogram or other inscriptions and professionally fine polished. “Parallel” (in Denmark and internationally also known as “Relief”) belongs to the silver cutlery that is no longer produced by Georg Jensen. As an original of the Art Déco era in sterling silver of additional scarcity.