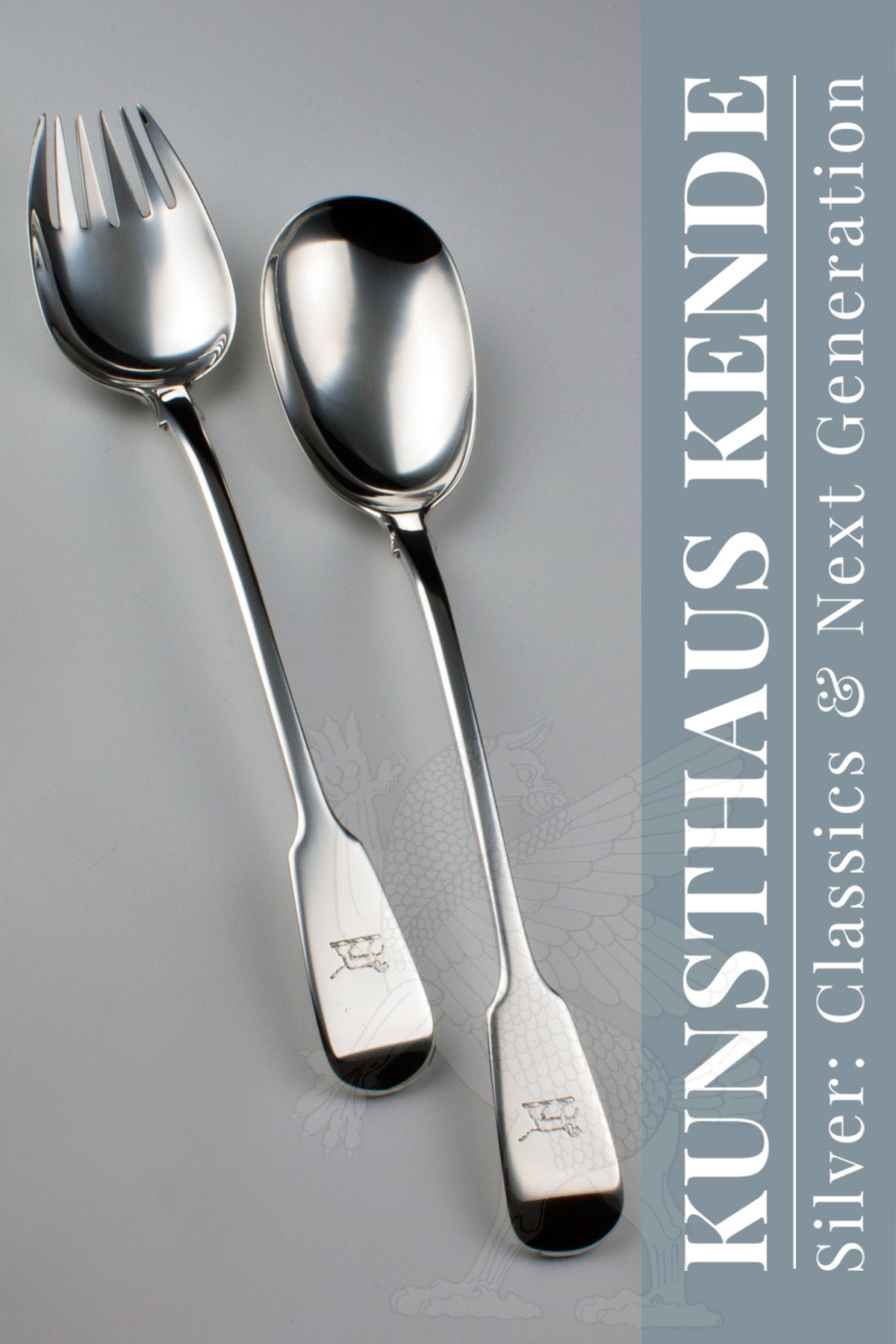 The silversmithy of Mary Chawner

Founded in 1815 by William Chawner as a family business, his silver workshop for high quality crafted silverware achieved great renown in the 19th century. In 1797 he apprenticed for seven years to the workshops of William Eley and William Fearn, and in 1808 became the third partner in that workshop. The experience gained during this highly instructive partnership provided him with the knowledge to set up his own workshop at 16 Hosier Lane, London, and to produce some of the highest quality silver spoons and forks of the time. William and Mary Chawner’s marriage produced a son William and a daughter Mary Ann. After his death in 1834, his widow Mary (also a specialised spoon maker) took over the business on a temporary basis. The original intention that their son William, who had served an apprenticeship in his father’s silversmithy, should take over the business was thwarted in 1838 by the fact that after completing his apprenticeship he entered a clerical career. The family business was therefore taken over by George Adams, husband of Mary Ann, who went into partnership with Mary Chawner from 3rd August, 1840 to 23rd November of the same year. Under his leadership, the company flourished and became one of the most important manufacturers of the finest quality silverware in a wide-facetted selection of patterns. The Chawner & Co. pattern book, published around 1875, is the basis for naming many of the more unusual patterns of the Victorian period. Chawner & Co. continued to trade into the 1880s, using the owner’s initials as its maker’s mark (“GA”). It was sold to Holland, Aldwinckle & Slater in 1883 and continued into the 20th century by Francis Higgins Ltd.