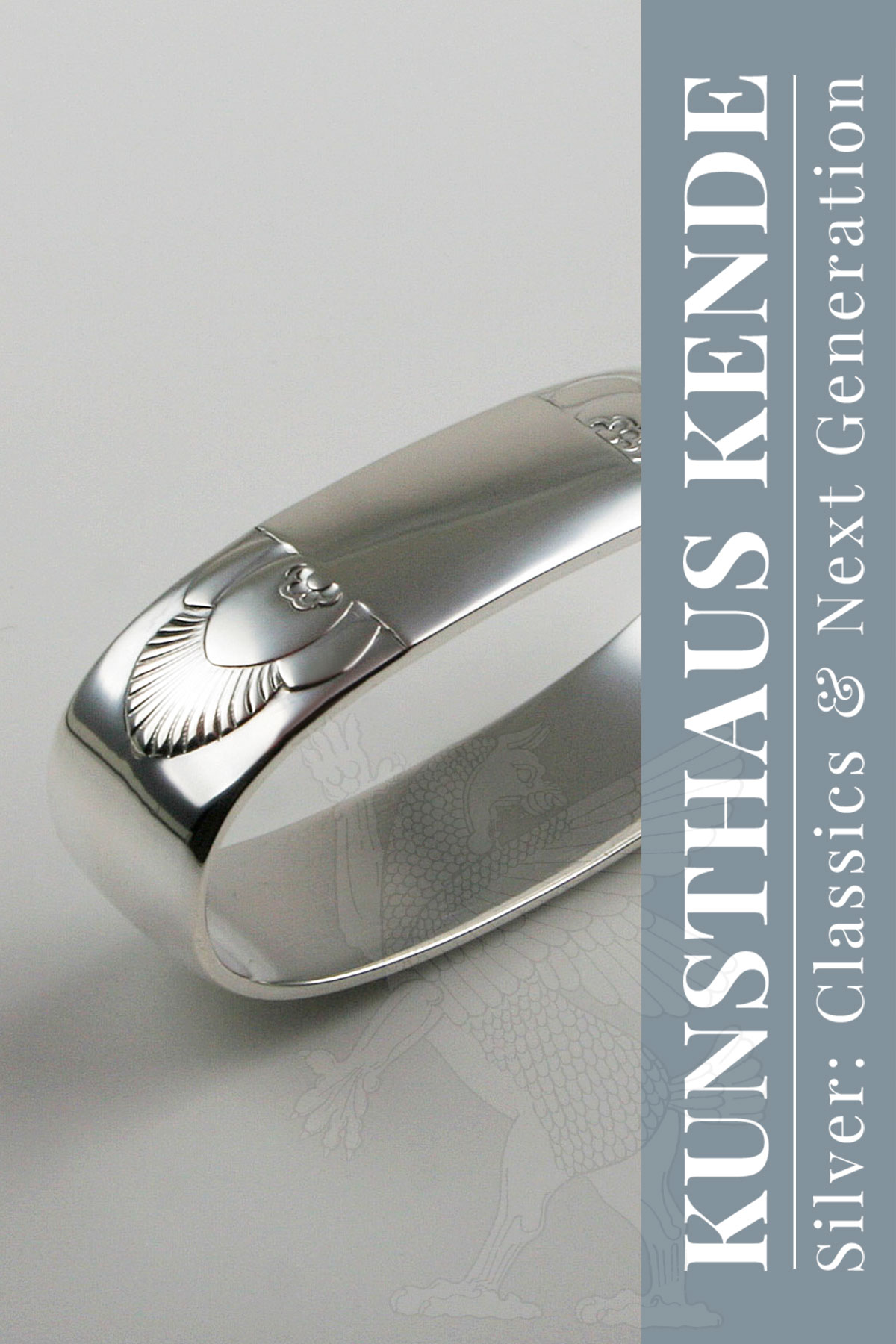 Gundorph Albertus [1887 – 1969] was a Danish sculptor and silversmith. He trained as a chaser in Munich in 1905, followed by an apprenticeship as a silversmith which he completed in 1909. This was followed by a year of study abroad at the École des Arts Décoratifs in Paris. After working in Munich and Paris for a few years, he enrolled at the Sculpture School of the Royal Danish Academy of Fine Arts where he studied until 1915. While still a student, he began his career with Georg Jensen by working as a chaser in his silversmith’s shop in 1911. Between 1926 and 1954 he was deputy managing director of the company, and in 1935, after Georg Jensen’s death, he was also appointed production manager.
Gundorph Albertus created one of the most famous designs for cutlery and hollowware in 1930 with the “Cactus” decor. His designs were awarded a gold medal at the 1925 World’s Fair in Paris, followed by an honorary award at the 1937 World’s Fair.