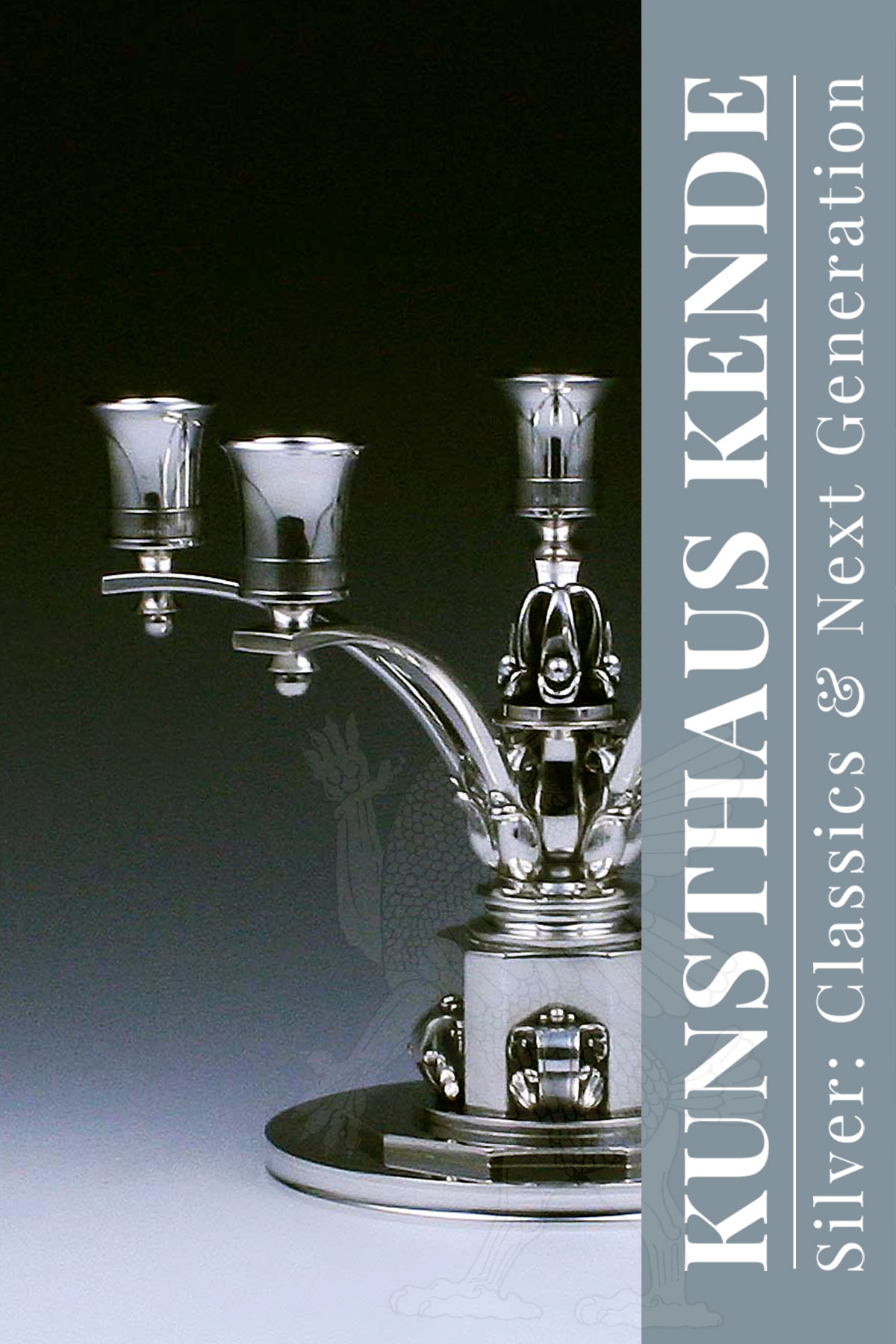 A stunning sterling silver Art Déco five light candelabra. Exquisitely hand-wrought mounted on stylized scrolls and stepped base. The nozzles are detachable to facilitate cleaning.
Excellent and very heavily crafted candlestick of high manufacturing quality. Evald Nielsen is synonymous with the finest quality down to the last detail, as is strikingly demonstrated by this object: The spouts are removable for cleaning and can be unscrewed. Ornaments, candlestick arms and nozzles are solidly cast and in parts elaborately engraved by hand. The candlebara is also not weighted.

Unlike Georg Jensen, Evald Nielsen largely avoids the use of machines in the production of his silver works. The contrast between the two silversmiths is also reflected in their careers: Georg Jensen knows how to position himself effectively on the market, hires first-class designers of his time, presents his silverware to an international audience with stores in New York and Paris, among other cities, and has a large number of employees working for him in his manufactory.

Evald Nielsen, on the other hand, made all his products by hand throughout his life. He sets himself and his few employees – who even in his best times are never more than five – high standards of craftsmanship and remains in Copenhagen throughout his life with a comparatively small and manageable workshop. In addition to producing the highest quality, Nielsen was particularly concerned with promoting young talents, which is why he also held the presidency of the Danish Silversmiths’ Guild for a time and was committed to reviving the craft traditions of silversmithing in all its facets. Evald Nielsen was awarded the Knight’s Cross by King Christian X in 1929 for his commitment to Danish silversmithing, and his participation in the World Exhibitions in Rio de Janeiro, Paris and Barcelona brought him numerous awards and an increasing international reputation. His objects are now in the collections of the Metropolitan Museum of Art in New York, the Gallery of Art in Nebraska and the Bröhan Museum in Berlin.