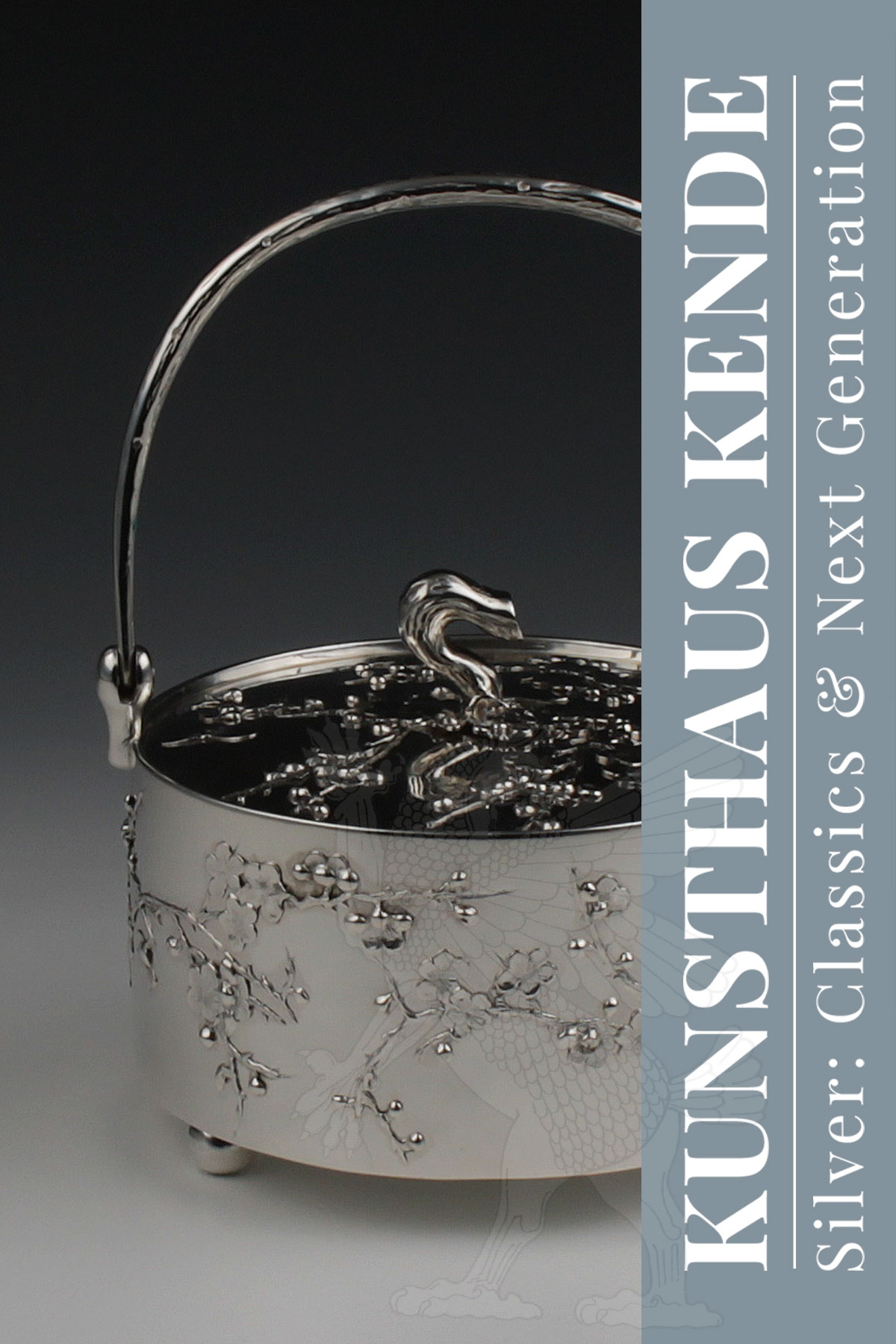 Cylindrical body standing on three ball feet, the body decorated with plastical plum branches. The lid surmounted by a branch-shaped, hinged handle and ornamented with corresponding decoration and crowned by a branch-shaped lid knob. Remains of the original gilding to the interior.
Elegant and rather large Chinese export silver lidded box from one of China’s most famous silversmithies of the time around 1900.

Shortly after the Treaty of Nanking in 1842, a shop was set up by the Lo family who lived in Xiguan. This gave rise to the Wang Hing & Co. silver factory in 1854, which existed until 1941. In the late 1860s, the eldest son Lo Kit Ping took over the management of the company. In the early 1920s, a separate head office was built in Queen’s Road, Hong Kong, which was run by Lo Hung Tong. The Lo family started trading in jade, with a further focus on Chinese export silver, but lacquerware, jewellery, silk and gold jewellery were also offered. This was later followed by other branches in Shangai and Canton. The members of the Lo family insisted on personally supervising the quality of all silver objects made for them. The company thus became one of the leading manufacturers of Chinese export silver and also supplied a number of objects to England. Objects made by Wang Hing & Co. today are among the finest works within Chinese export silver.