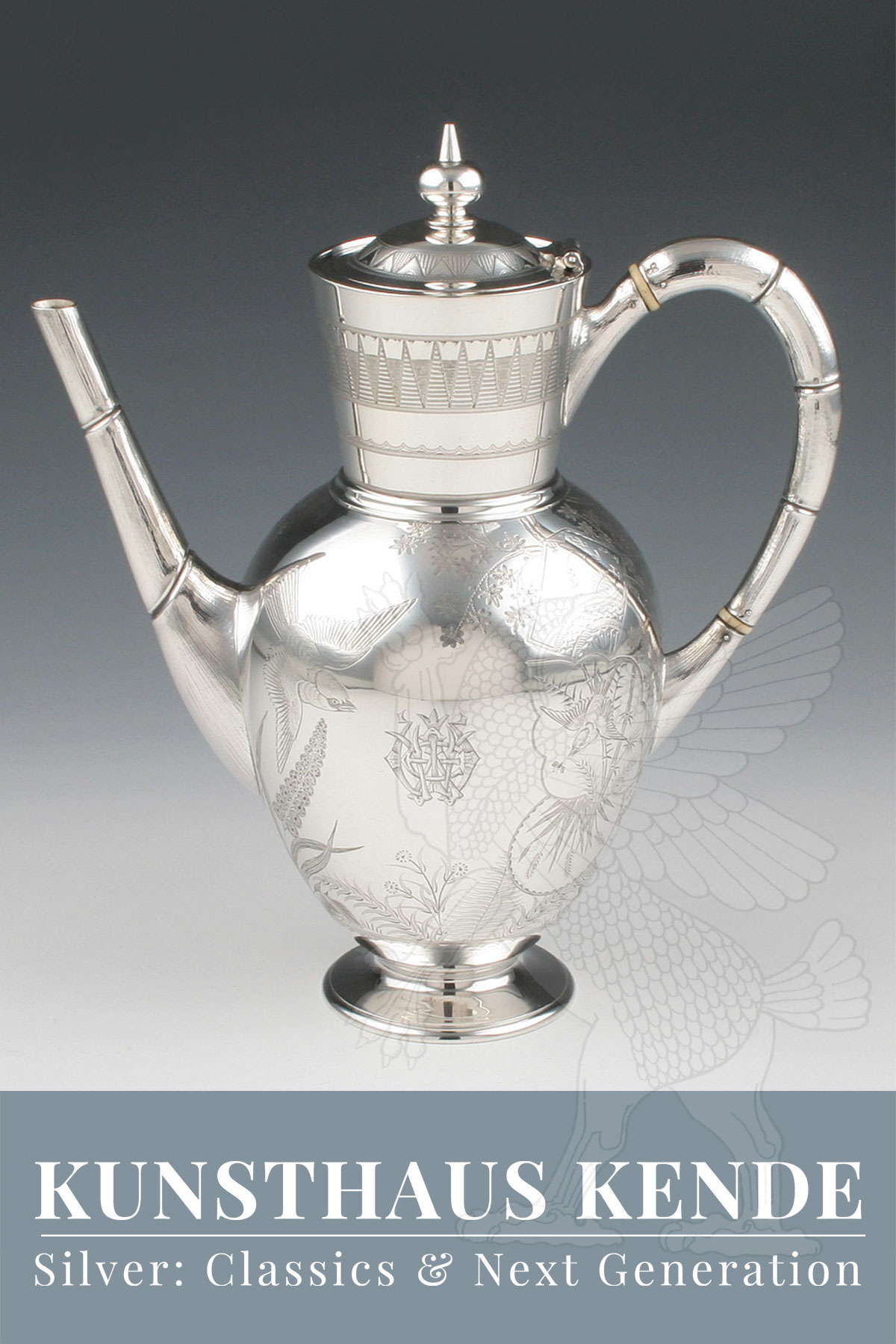 The round body standing on a smooth base and showing a subtle engraving depicting flowers and birds.
The body tied up by a circular moulding, the shoulder with geometric engraving which is repeated on the domed lid. The lid with baluster shaped and engraved knob. The handle as well as the spout in the shape of a bamboo branch, the handle fixed by two heat stoppers to the body. The front bears an engraved family crest depicting a running hare with the latin motto “SPES VINCIT THRONUM” (engl. “hope conquers (overcomes) the throne”) and a contemporar monogram “WEW” to the back.

Exceptional sterling silver coffee pot of the early Arts & Crafts style which skilfully combines the stylistic tendencies of the Aesthetic Movement with those of the Arts & Crafts style.
From the second half of the 19th century onwards, individual secessionist groups of artists formed in Great Britain whose work led to the Arts & Crafts style. These groups were united by the desire to overcome the opulent Victorian style and to give artistic craftsmanship a new importance. At the same time, Tiffany was successful in the United States with silver cutlery and silverware in the Japanese style, which were initially imported from Japan and were soon produced by their silversmiths as well as in silver and so-called mixed metal (silver combined with bronze or brass). In the following years, a great enthusiasm for silverware in the Japanese style arose and led to a movement that entered art history in the Anglophone countries on both sides of the Atlantic as the Aesthetic Movement.
In addition to the exotic style of Japanese art, the artists were particularly fascinated by the unconventional way of depicting images at that time, such as cropped or transverse pictorial elements, elements that also found their reflection in Impressionist painting.