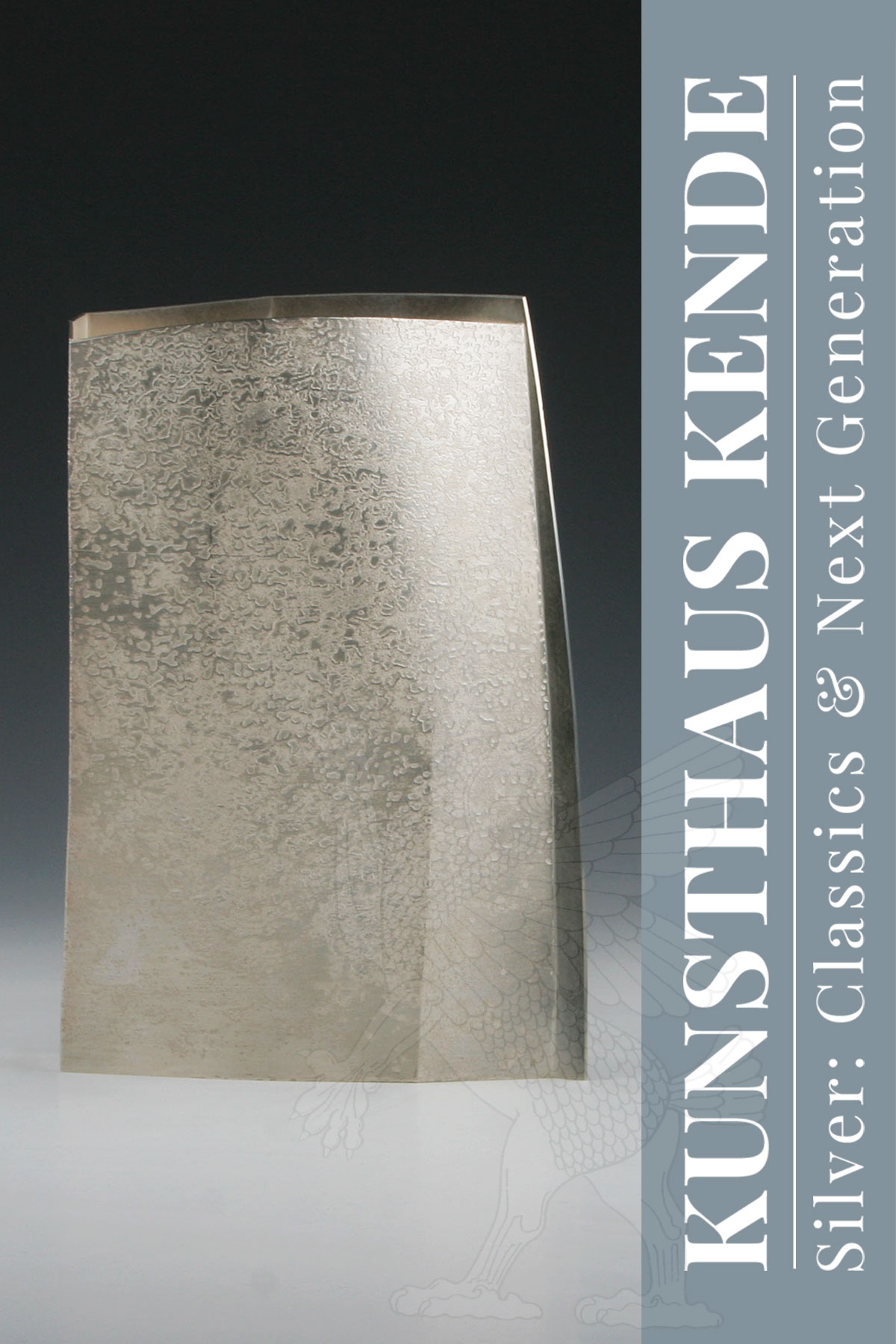 The flat body standing on a polygonal base with a stepped upper edge and fully etched to both sides.
An exceptional sterling silver vase of a brilliant elegance and with sculptural effect. This vase is a second version of a vase which forms part of the inventory of the design museum “Die Neue Sammlung in Munich”.

Esther Lord’s works testify her pronounced feeling for the play of volume and balance as well as light and shadow and are each unique works of art in their own right.
Her creations combine the aspects of sculpture and utility object in one and let the silver appear partly as harmoniously flowing, partly as vector-like striving upwards. Each of her pieces is also a haptic pleasure and is of a silky fineness in the surface. She is one of the few English silversmiths to have been awarded the Bavarian State Prize and numerous other prizes from the Goldsmiths Company, the Arts Council and the British Jewellers Association.
Her works can be found in the modern silver collection of the Goldsmiths Company as well as in the design museum Die Neue Sammlung – The Design Museum (Staatliches Museum für angewandte Kunst), Munich.