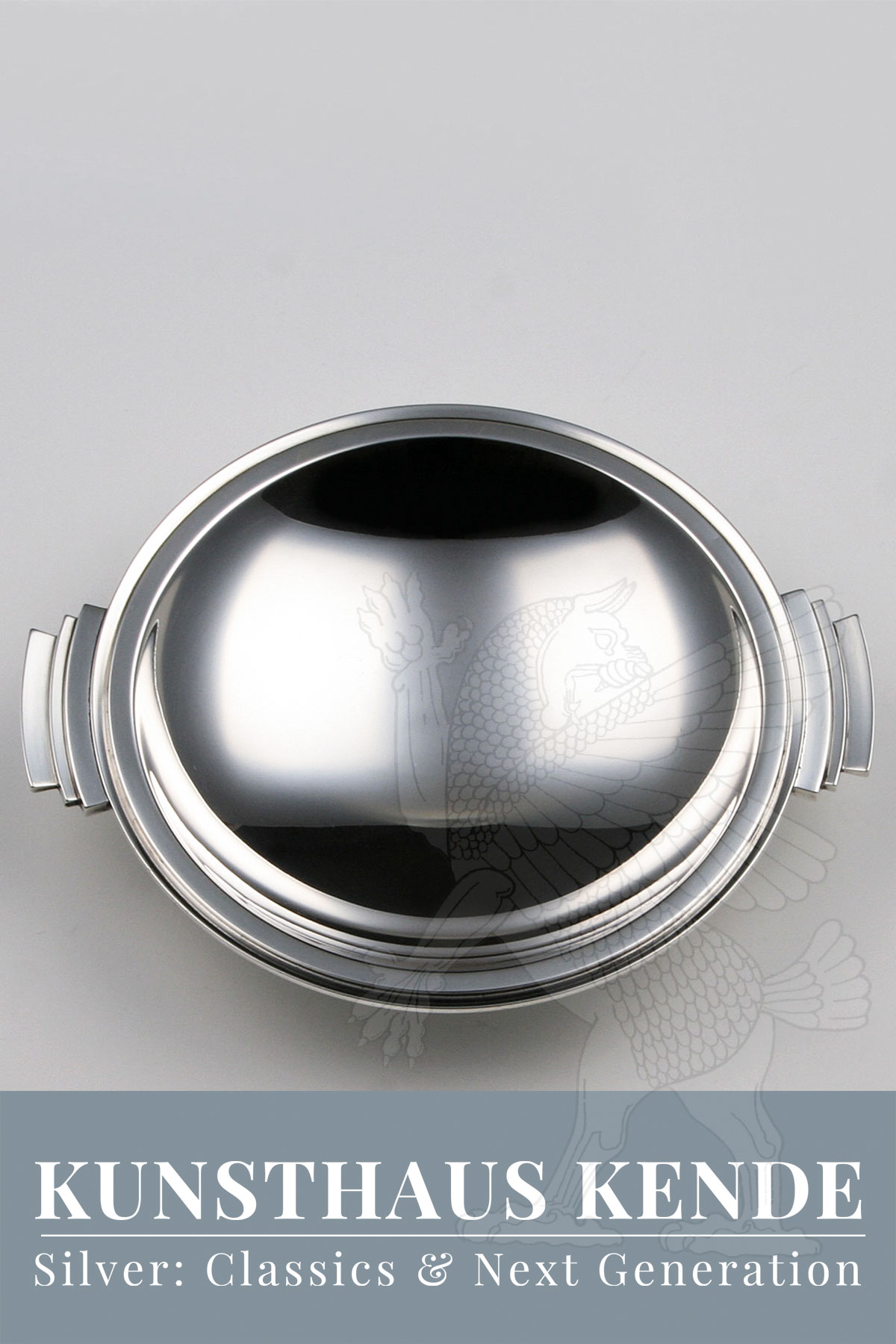 A Georg Jensen sterling silver footed bowl in “Pyramid” pattern #600 A, designed by Harald Nielsen 1930. Executed by Georg Jensen silversmithy 1933-44. A very good gauge of silver and in exceptional presentation condition. The large bowl shows no personal inscription or monogram and has been professionally polished.

“Pyramid” pattern was designed in 1926 by Harald Nielsen, Georg Jensen’s brother-in-law, and is still a modern classic among Art Déco silverware. The production was not limited to silver cutlery alone but also included hollowware, such as tea services, bowls, trays or bottle coolers. Initially it was made in 830 silver, but the increasing international popularity of the design in the early 1930s required it to be made in sterling silver. The popularity of silverware in “Pyramid” is still unbroken today and the pattern is one of Georg Jensen’s most popular classics alongside “Magnolia” / “Blossom”, “Acorn” and “Bernadotte”.
In the early years, there were a large number of different vessel shapes in “Pyramid” pattern, the production of which was gradually discontinued after the Second World War. Today, Georg Jensen still produces hollowware and cutlery in “Pyramid” pattern in sterling silver and also in stainless steel, although no longer in Denmark but in Thailand.