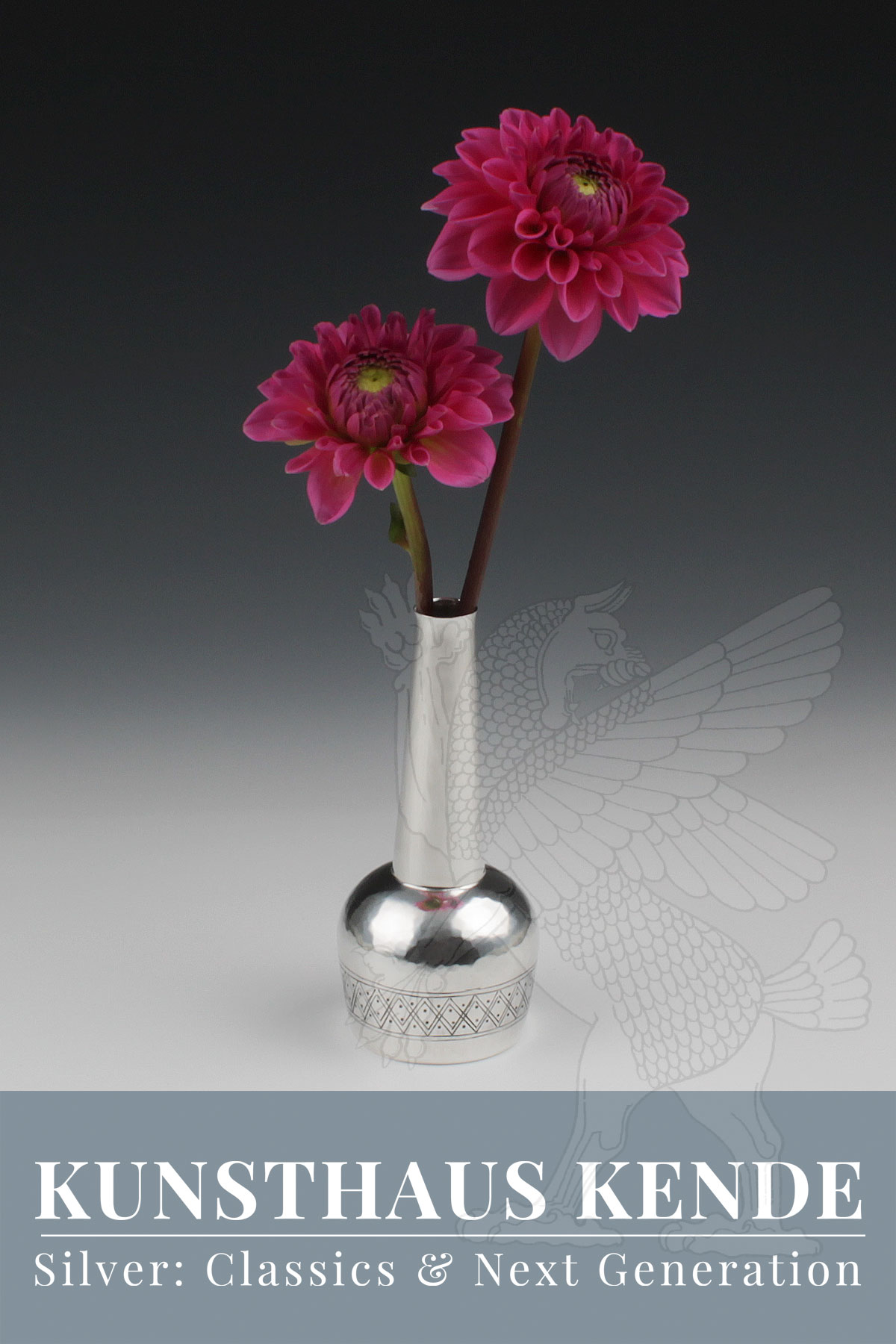 Standing on a flat base with a rounded body to the underside with geometric engraved decoration that merges into the slender neck tapering towards the rim. The surface hammered to all sides. Excellent condition without damage or repair.
A small table vase of the mid-century in silver by one of the most famous German silversmiths of the post-war period.

In 1927, the engineer and silversmith Walter Schönwandt (1891 – 1942) set up a workshop in Nordeck at the local castle, where he also taught students. Very soon, the silverware – mostly ecclesiastical silver – from Walter Schönwandt’s workshop gained fame for its craftsmanship and refinement. The number of employees increased continuously over time and it became necessary to move to new premises in 1938. In 1942, Walter Schönwandt died as a soldier in southern France.
After his return from captivity in 1945, his son Gotthold Schönwandt (1921 – 1976) took over his father’s legacy and continued to run the workshop. At the age of 15, Gotthold Schönwandt had previously passed his journeyman’s examination in his father’s silversmithy. The high esteem associated with the objects of the Schönwandt silversmithy also included the obligation to continue the high standards of workmanship. The fact that several churches were rebuilt after the Second World War offered Gotthold Schönwandt a favourable situation. The workshop was able to successfully continue the great era of his father, not least because new and previously foreign materials such as stainless steel and synthetics were used in addition to silver and gold. In 1956, an additional building had to be added to the workshop. Over the years, Gotthold Schönwandt became increasingly known internationally as a silversmith. Continuous awards for new public commissions followed. Orders for church silver even arrived from Africa and Asia. At the age of 56, however, Gotthold Schönwandt died of a heart attack.
His widow, together with the help of the employed silversmith Josef Hubka, managed to keep the workshop going for some time. In the meantime, the silversmithy has ceased to exist.