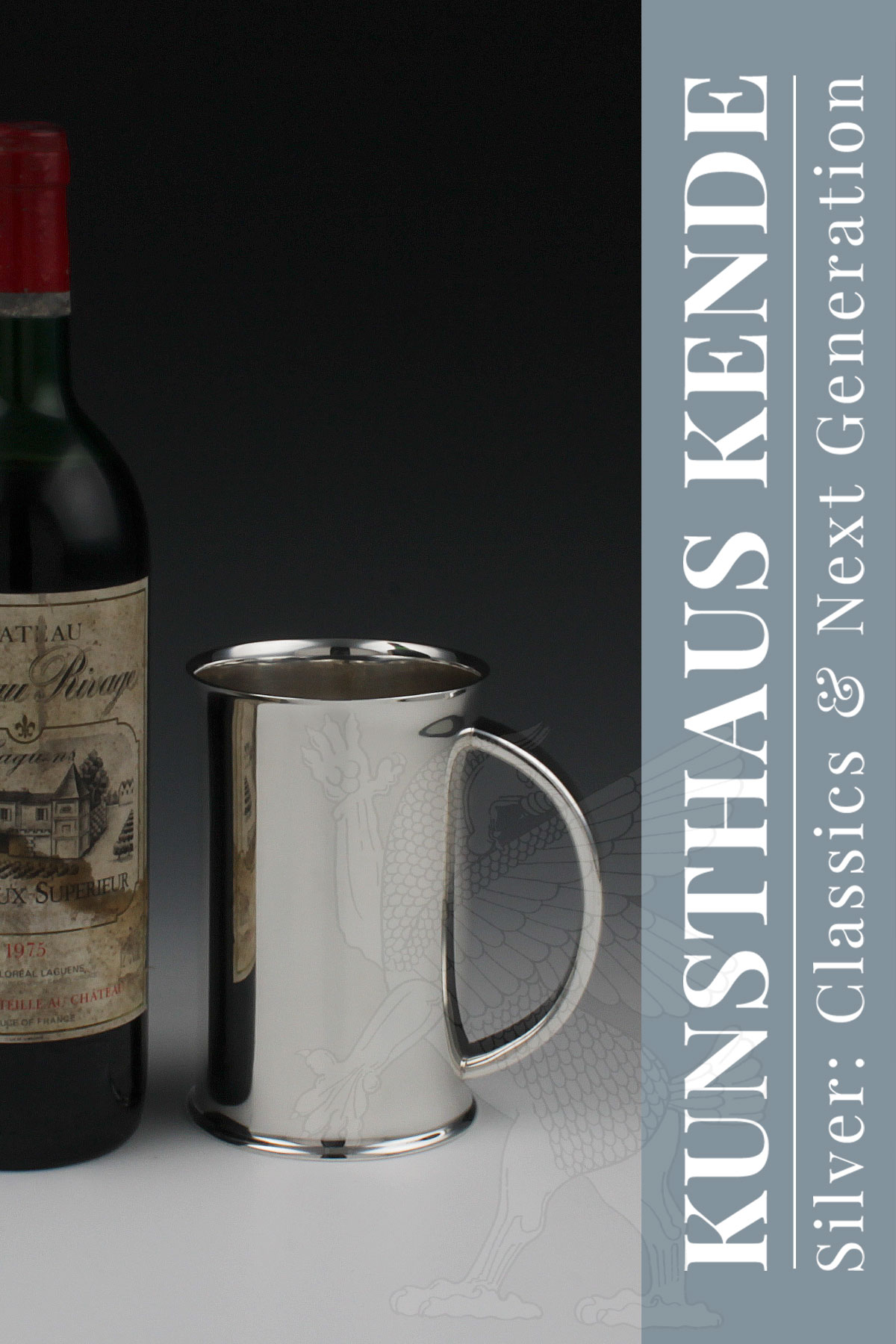 The cylindrical body gently flaring towards the top rim and the base and showing an elongated semicircular handle.
Remarkably modern-looking, rare sterling silver mug of the Art Déco era in excellent condition without monogram and a good capacity.

Wakely & Wheeler was a London silversmithy whose origins date back to 1791, when John Lias started work as a buckle maker. In 1818 he took on his son Henry Lias I as a partner, between 1823 to 1837 his other son, Charles, joined to the company. The initially small silversmithy grew into a larger silverware factory and it now produced mainly silverware such as silver cutlery and hollowware as teapots and tea services. Henry Lias I and his son, Henry Lias II, were partners from 1850. In 1879, Henry Lias II joined forces with James Wakely. In 1884, the management of the silverware factory consisted of James Wakely and Frank Wheeler, and in 1909 the company was renamed Wakely & Wheeler. In 1957, the company was incorporated by Padgett & Braham Ltd.