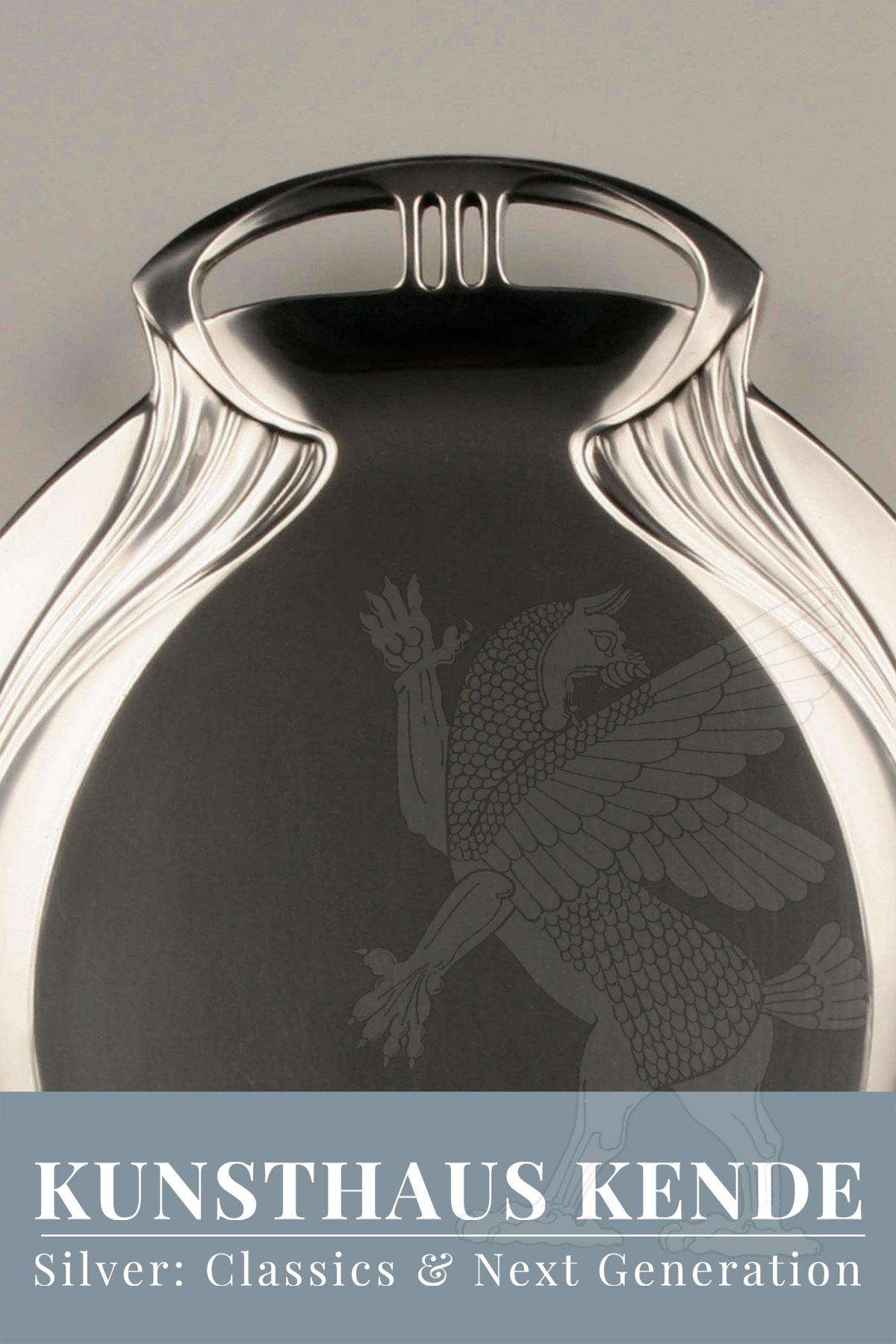 The abstract, floral handles are subdivided by a triple bar, the flag is decorated with ornamental folding on the long side. Excellent, undamaged condition without monogram or other engravings.
Elegant work of Art Nouveau in sterling silver, showing a clear proximity to the formal language of Henry van de Velde. Very good, undamaged condition.

A tray of comparable pattern # 55 shown in: Annlies Krekel-Aalberse (ed.): Zilver Silver Silber 1880 – 1940, page 85 ill. 51.
Some other comparable works made in pewter, silver plate and solid silver by Orivit can be found in the possession of the Bröhan Museum, Berlin. See: Dedo von Kerssenbrock-Krosigk (ed.): Metallkunst der Moderne (Bestandskataloge des Bröhan-Museums VI) [Metal art of the modern age (stock catalogues of the Bröhan Museum VI)], Berlin 2001, p. 234-255.
A coffee and tea service on tray made by Orivit is also in the possession of the Rijksmuseum, Amsterdam (see here).

The rise and decline of the Orivit silverware factory