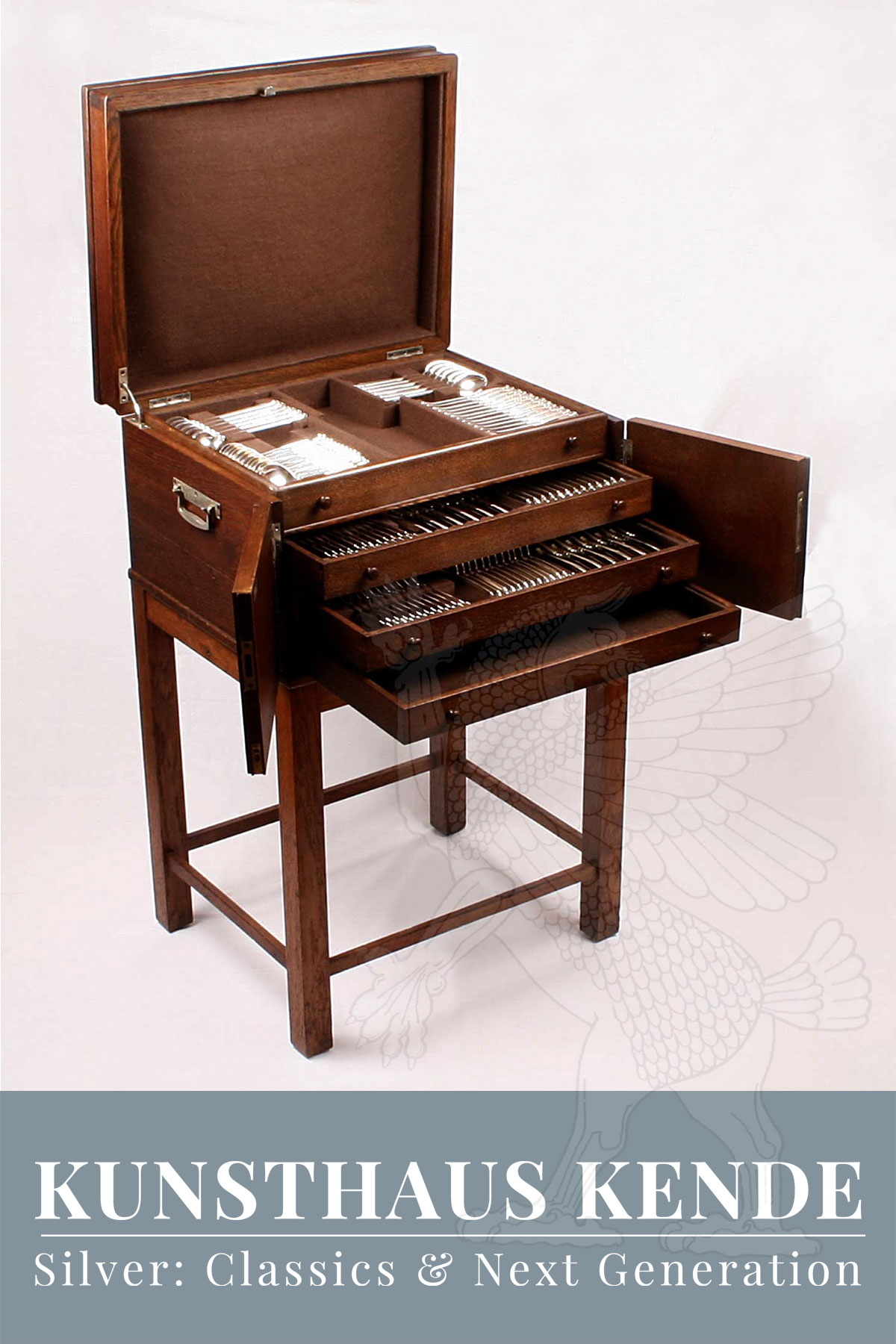 A large sterling silver cutlery for twelve persons in “Acanthus” pattern, in Denmark also known as “Dronning”. Designed by Johan Rohde, 1917. Executed by Georg Jensen silversmithy post 1945.
This Acanthus flatware service consists of twelve piece each time (please refer to the first image, from left to right):
Butter knives with sterling silver blade, large sized soup spoons, dinner knives, dinner forks, dinner spoons, fish knives, fish forks, luncheon knives, luncheon forks, luncheon spoons, long drink spoons, cake forks and coffee spoons. 156 pieces in total.
Due to the useful compilation this cutlery is suitable for all variations of starters as well as main course and desserts. An elegant cutlery of lasting value, one of the most iconic designs by Georg Jensen. All pieces have been profesionally polished by our silversmith, the cutlery is in near perfect condition showing only very minor signs of use. Parts of them still were in their original wrapping from the 1950ies and have never been used. The cutlery does not show any personal engraving as monograms or inscriptions. In addition the cutlery comes in custom-made old cutlery box with a new inner compartment. The soup spoons and the long drink spoons on their own are rarities and hard to find. Besides that the long drink spoons allow a wider range of use as these can be utilised not only as long drink spoons but also as ice coffee or ice spoons.
The cutlery is no longer in production and as a full service for twelve persons in fitted cutlery box it is hard to find. The cutlery box dates from circa 1900, it shows two doors to the front and is closed by a hinged cover. The silver cutlery is placed in the three upper drawers, the last drawer at the bottom is empty. The new owner has there the possibility to place serving pieces or accessories as napkin rings. The cutlery box can be removed from the undertable.