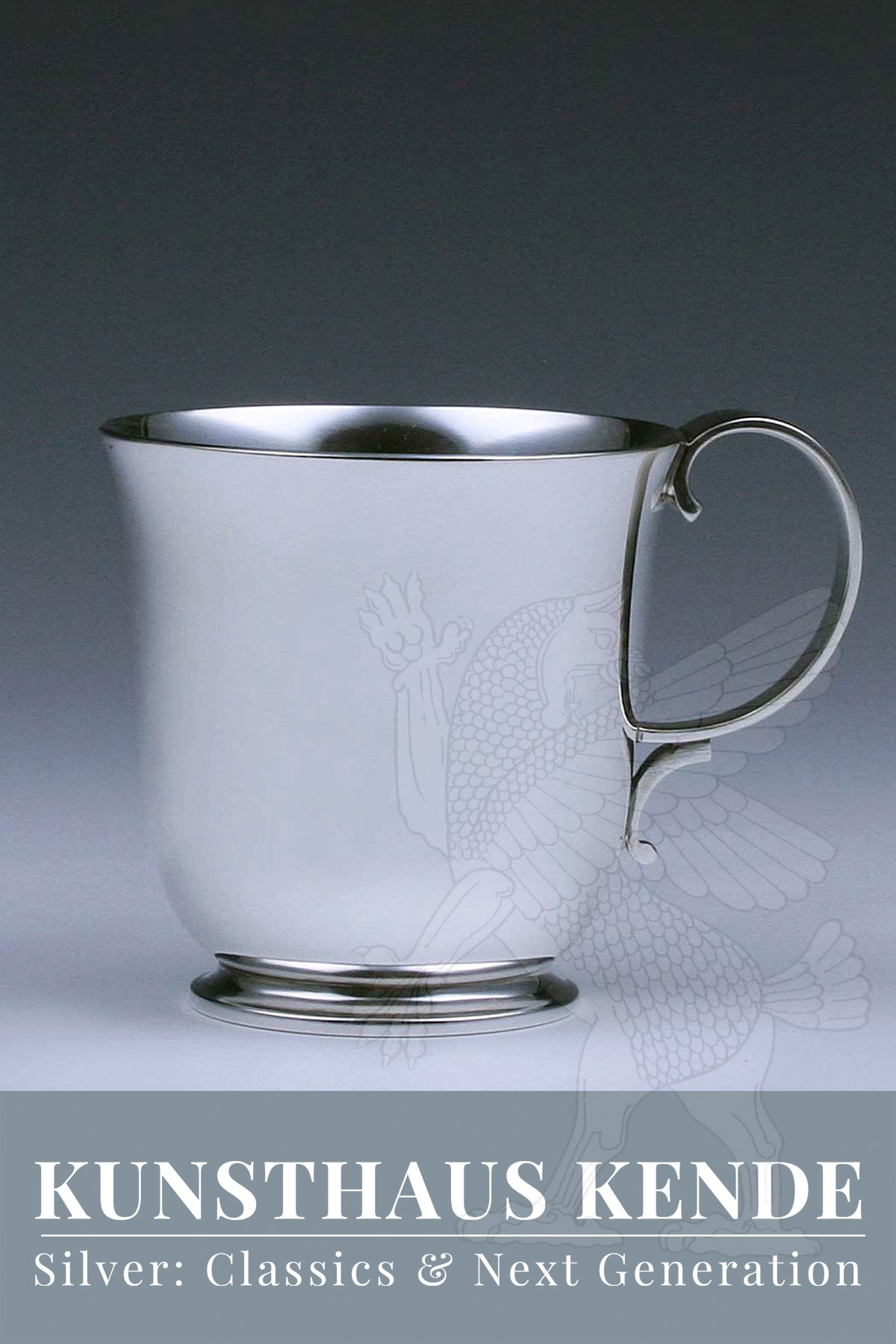 A Georg Jensen sterling silver child´s mug. Designed by Harald Nielsen, 1935. Executed by Georg Jensen silversmithy post 1945 and with import hallmarks for London 1963. A good gauge of silver and in exceptional presentation condition, near as new. The item benefits from not having any personal inscription or monogram and comes in original cardboard box.