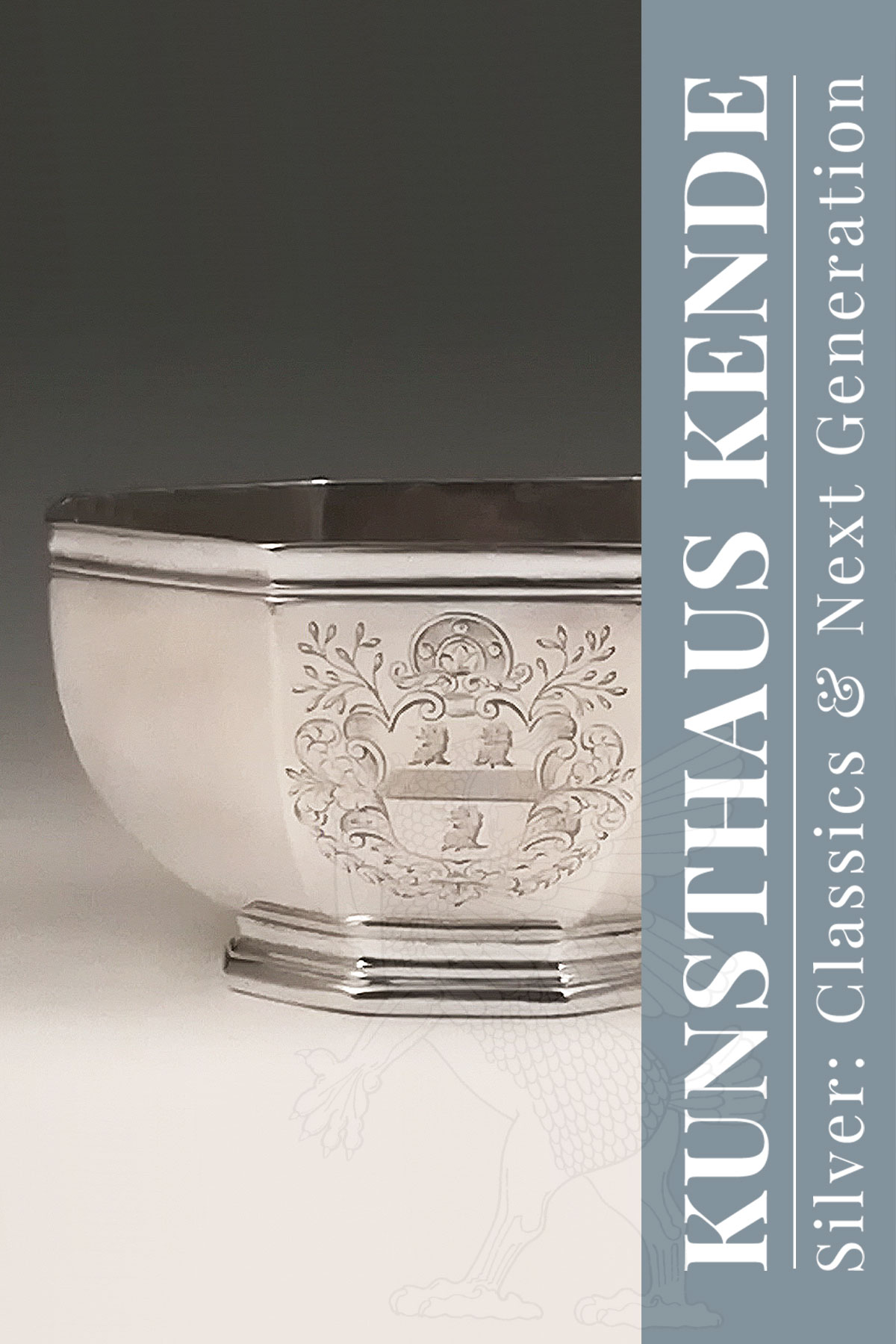 An octagonal bowl standing on a flat, profiled base with a smooth wall. The upper edge is finished by a smooth profile. The wall showing a contemporary engraved coat of arms to the front.
In its octagonal conception very rarely found, museum quality sugar bowl of exceptionally good and authentic condition. The coat of arms is of the English noble family Lee, who lived in Buckinghamshire and Wincham in Cheshire.

Cultural-historical aspects of sugar bowls made of silver

The consumption of sugar became fashionable in the first half of the 17th century, when colonial goods from the East and West Indies reached Britain through trade. The consumption of sugar, as well as of cocoa, coffee and tea, developed into a means of social distinction for the English aristocracy because of their preciousness and exoticism. The earliest examples of silver sugar bowls appear from the second half of the 17th century and were usually round in diameter with a removable lid. They often had engraved chinoiseries – idealised Chinese landscape depictions with figural staffage. Sugar bowls in silver from before 1700 have rarely survived as they were often melted down when they no longer corresponded to fashionable taste. During the first third of the 18th century, octagonal sugar bowls without lids appeared. Due to their temporary popularity, only a small number of these have survived. Today such octagonal silver bowls are among the most sought-after examples. From the second third of the 18th century, sugar bowls were made round in diameter again, with smooth, plain body and stood on a central baluster base. They were mostly unengraved. In this period, sugar bowls often had a subtly curved lid that presumably served as a spoon rest. Finally, from around 1780, sugar bowls without lids came fashionable and were almost always navette-shaped in cross-section. In the years that followed, lids for sugar bowls remained uncommon in Britain.

The London silversmith and goldsmith Jonah Clifton was an apprentice to Benjamin Pyne from 1693 and went free in 1703. His first maker’s mark as a largeworker was registered in 1703. A second maker’s mark followed in 1720.