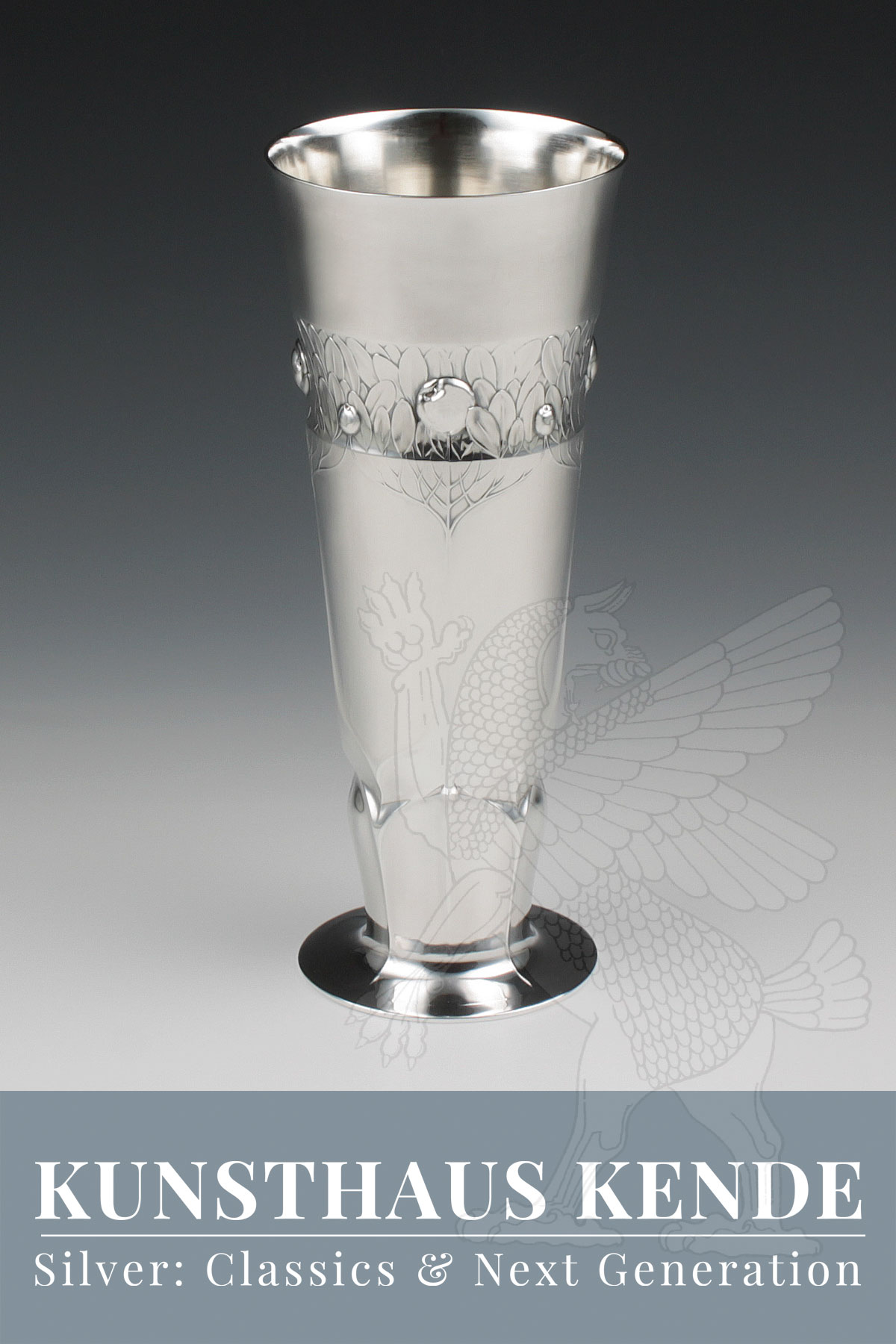 An Art Nouveau sterling silver vase #81,
Cologne circa 1900 by Orivit

On a flat plate base, the body widening towards the upper rim and adorned with vertical folds, ornamentally curved sections and foliage in relief in the form of pomegranate branches. Elegant work of the Art Nouveau in sterling silver, which shows a clear proximity to the formal language of Henry van de Velde. Very good, undamaged condition.

Comparable objects by Orivit in pewter, Britannia silver and silver are in the possession of the Bröhan Museum, Berlin, among others, and are illustrated in: Dedo von Kerssenbrock-Krosigk (ed.): Metallkunst der Moderne (Bestandskataloge des Bröhan-Museums VI) [Metal art of the modern age (stock catalogues of the Bröhan Museum VI)], Berlin 2001. P. 234 – 255.
A coffee tea service with tray by Orivit in silver with comparable ornamentation is also in the possession of the Rijksmuseum, Amsterdam (see here).

The rise and decline of the Orivit silverware factory