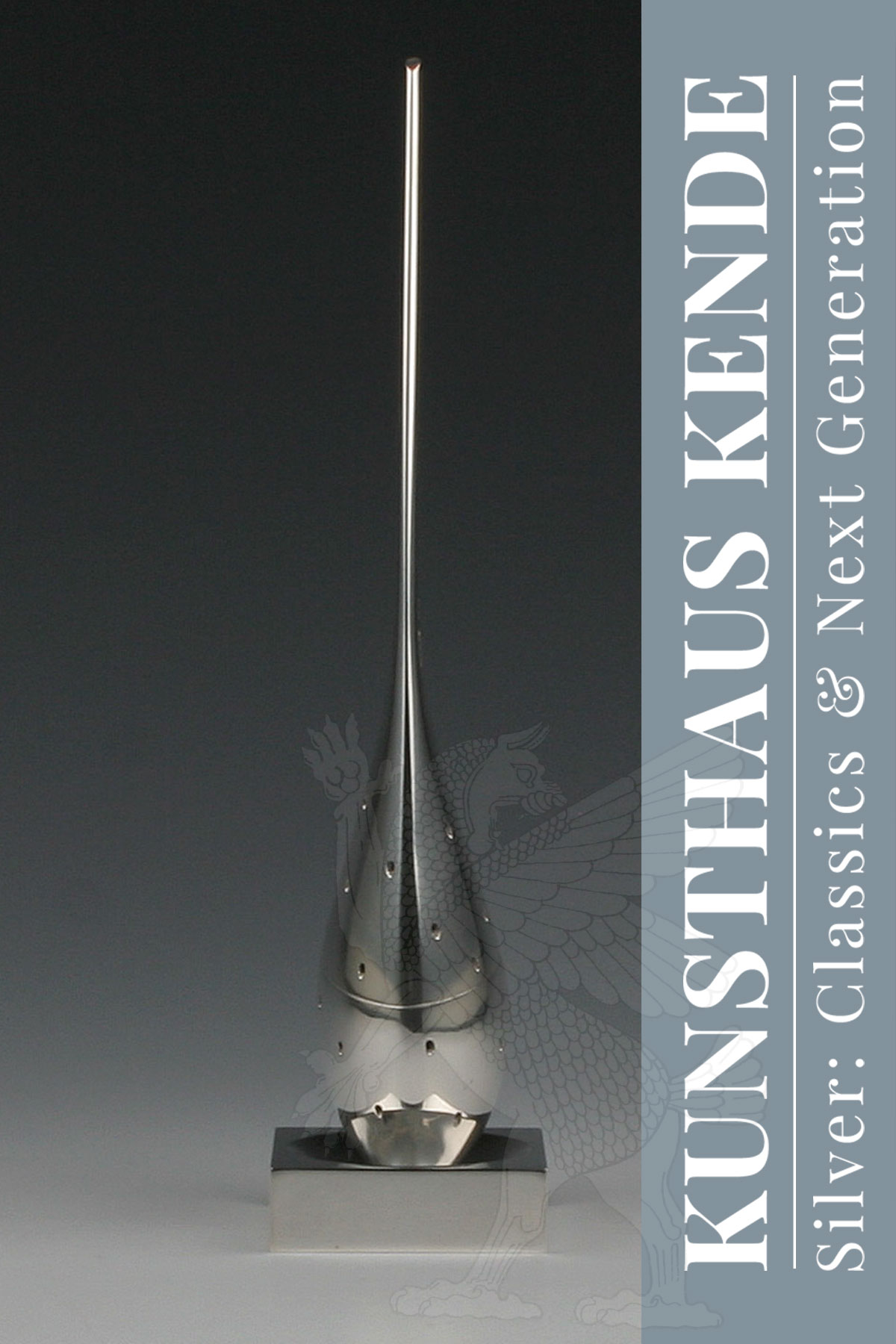 Long and slender navette shaped, the front part divided by regularly distributed holes and locked by a diagonal bayonet fitting. The stem-like handle slanted to the end. Standing on a detachable square base.
Highly ingenious and cleverly designed sterling silver tea strainer with a sculptural character, which combines the style of a Constantin Brancusi (think of his sculpture “Bird in Space” / “L’Oiseau dans l’Espace”) and Scandinavian style with Lasse Bæhring´s sense of shape to a brilliant work of art.
Despite its sculptural and highly decorative character, the tea strainer can be fully used – modern design for everyday use!

Lasse Bæhring is one of Denmark’s most important current artist-silversmiths and designers. After completing his training, he worked for the Georg Jensen silversmithy in Copenhagen for several years before deciding to go into business for himself. The artist has received numerous awards and prizes for his oeuvre. Some of his works form part of the Museum Koldinghus (Kolding), the Designmuseum Danmark (Copenhagen), the Victoria & Albert Museum (London) as well as in important private collections such as the private property of Queen Margarethe II of Denmark and Maersk Møller, owner of the Mærsk group. Lasse Bæhring’s exceptional qualities as a designer were also discovered by the Robbe & Berking silversmithy, who commissioned him to design the Penguin jugs.
His “very Danish” designs are reminiscent of designs by Hans Hansen and Georg Jensen, but without imitating these but developing his own artistic concepts instead.